George Rickey was an American sculpture who grew up in Scotland and studied history at Oxford followed by art in Paris. After travelling through Europe he returned to America and worked as a teacher. After a period with the military, he went on to renew his art studies at several universities after which he then went on to teach at s number of diverse institutions. His work is strongly influenced by David Smith and Alexander Calder’s sculptures.

From 1950 Rickey dedicated himself solely to sculpture and became one of the most important exponents and theorist of kinetic art. Most of his metal sculptures and mobiles were created at his studio in New York. In 1968 and 1969 he was a scholar with the DAAD in Berlin. His last years were predominantly spent in California. Rickey took part in documenta III, IV and VI. His freestanding sculptures can be seen in public spaces around the world. 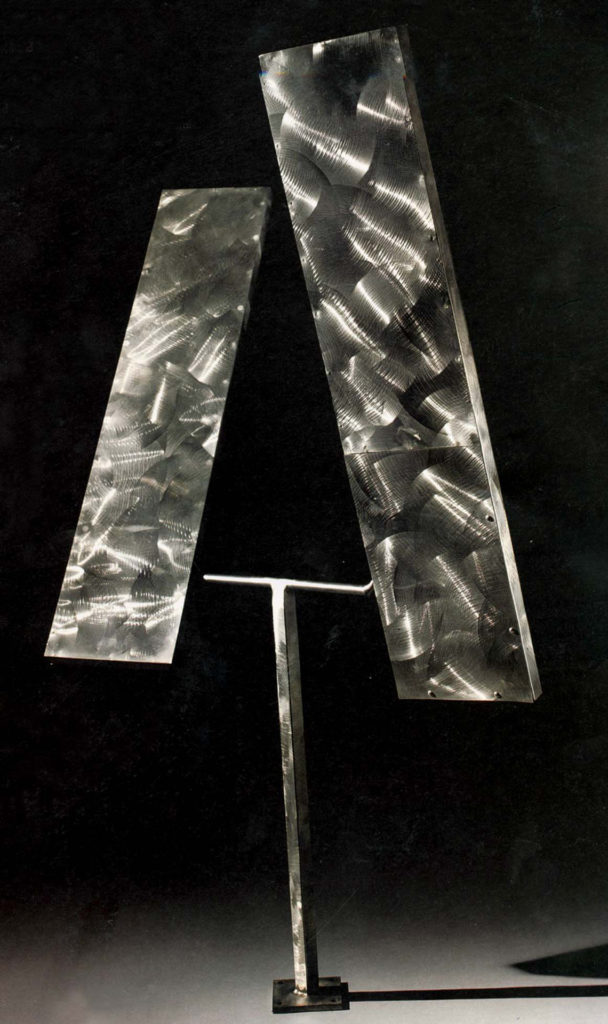