Arnulf Rainer is one of the most important and controversial Austrian artists of the post-war period. As early as the 1950s, he belonged to a circle of creative artists who radically disagreed with the social and political conservatism and classbased thinking of their times. Between 1940 and 1944, Rainer went to an elite Napola Nazi school in Traiskirchen, but dropped out at the age of 14 when he was forced to paint nature scenes. He dropped out of studies at the Viennese Academy of Applied Arts and the Academy of Fine Arts in Vienna after a few days because of disagreements with his teachers. In the early 1950s, he began painting fantastic, surreal works in the abstract art informel style. Rainer settled in an unfurnished, abandoned villa in Lower Austria. At first, due to a lack of funds, so Rainer began to paint over other artists’ paintings without permission. This technique later became the core aspect of his work. At roughly the same time, he began to “cover” paintings with black paint.

He would continue this till the late 1950s. This is the genesis of his later overpainting work. Rainer has gone on to choose his own and other people’s bodies as the basis for overpainting. When he drew and painted, he allowed himself to be filmed while intoxicated by alcohol and drugs, testing his suppressed, controlled instincts. These forbidden performances were often interrupted by the police. His attitude towards artistic powers of anger, delusion, dreams, and the subconscious drove him to dwell on the subject of death. This main motif had been present in his art since 1977 in a large series of crosses. Between 1981 and 1995, he taught at the Viennese Academy of Arts. 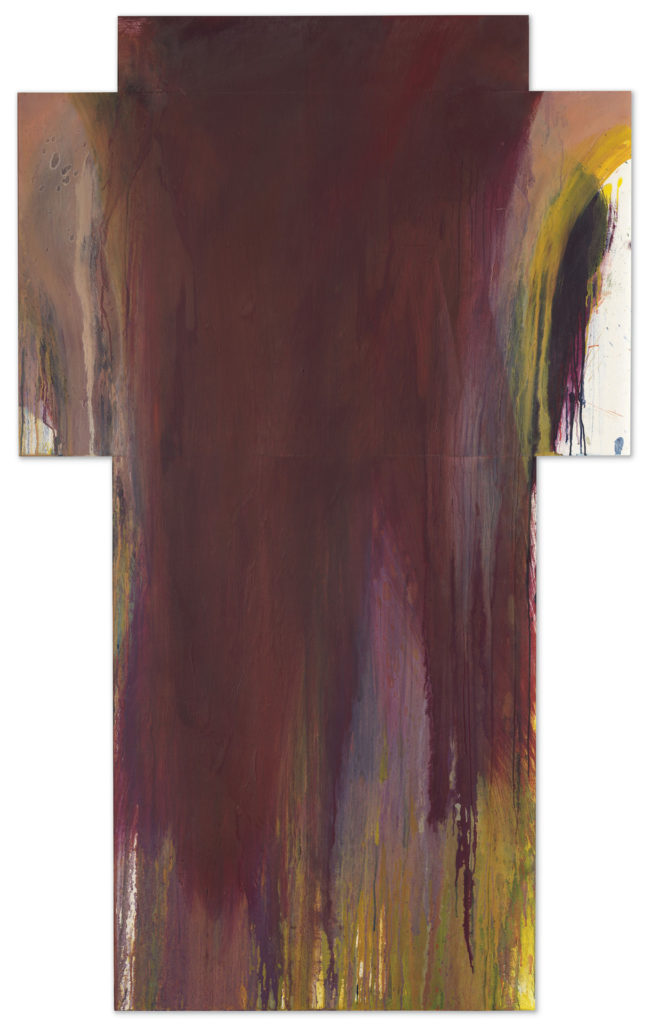