Ernst Wilhelm Nay, who studied with Karl Hofer at the Berlin University of Fine Arts from 1925 to 1928, received great recognition as a young painter for his still lifes, portraits and landscapes, which reveal the influence of the paintings of Henri Matisse and Karl Hofer. During his nine-month stay at the Villa Massimo in Rome in 1931 he painted surrealist-abstract images. A first highlight of his artistic work was achieved with Nay’s “Fischer and Lofotenbilder”, which he painted in 1937 in Norway and on the Lofoten Islands, where he worked thanks to a scholarship financed by Edvard Munch. In the same year, two of his works were shown in the exhibition “Degenerate Art” and Nay was banned from exhibiting.

From 1940 he must serve as an infantryman, later as a cartographer in France, but could continue to paint during this period, albeit restricted. In 1945, Nay was released after a short imprisonment by the Americans. He moved to Hofheim am Taunus, as his Berlin apartment was destroyed in a bombing raid. By painting the “Hekate pictures” (1945 to 1948), in which motifs from myth, legend and poetry echo, he artistically assimilated the war and post-war period. The glowing colours and intricate forms of the “Fugal Pictures” (1949-1951) were already prefiguring a new beginning. In 1951, when Nay moved to Cologne, his pictures became completely non-objective and colour became their content (“Rhythmic Pictures”). A year earlier, the Kestner-Gesellschaft Hannover showed Nay’s first retrospective. From the mid-1950s onwards, round, but never strictly demarcated areas of colour dominated the pictorial space in the “Scheibenbildern”, which finally found their further development in the “eye pictures”.

Nay’s international breakthrough came with his first American solo exhibition at the Kleeman Galleries, New York in 1955, his contribution to the Venice Biennale in 1956, and his involvement in the documenta in Kassel (1955, 1959 and 1964). Ernst Wilhelm Nay received important prizes and was represented in almost all main exhibitions of German art in Germany and abroad. Nay’s new pictures were hotly debated in public. At the ‘documenta III’ (Kassel 1964), three 4 x 4 meter large main works from 1964 were presented in an unusual hanging on the ceiling and triggered an excited press dispute. Major solo exhibitions in New York and Paris (1964 Galerie Knoedler), Frankfurt a.M., Hamburg, Munich, Karlsruhe and Münster made Nay’s eye-patches widely known. 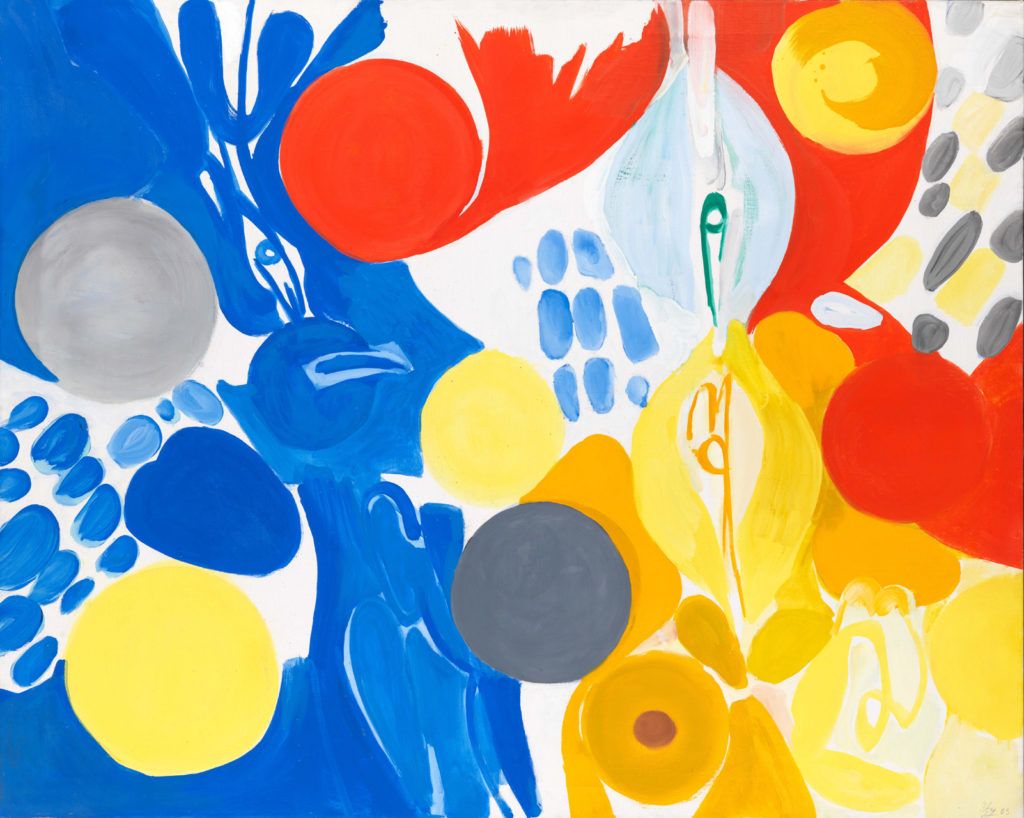