Konrad Klapheck is considered a classic painter of the German post-war avant-garde. The motives in his paintings that he is famous for today include shoes, typewriters, sewing machines, telephones, and irons. He turns ordinary objects into icons and demons of everyday life. They often seem to have human features, express feelings, and inspire peculiar associations. Through them, the artist reveals a certain scepticism towards the common euphoria for the technology of the 1950s, which is coupled with the alienation of humans

Contrary to often too hasty claims, his monumental works do not represent the pop art style that glorifies advertising, consumerism, and everyday life. Rather, one sees certain aspects of New Objectivity and surrealism enclosed in reality. Most of all, however, with his meticulously painted works depicting machines, Klapheck forms an accurate counterpoint to the artistic trend of his times which has an air of lyrical abstraction. From 1954 to 1958, Klapheck studied under Bruno Goller’s supervision at Kunstakademie Düsseldorf. He painted a typewriter for the first time in 1955. Doing so, he defined his personal and unique topic that would recur in his works for many years.

Klapheck became very successful in the 1950s. He also formed ties with the surrealists from Paris, pop art artists, and René Magritte. In 1965, Ileana Sonnabend’s gallery in Paris organised his first individual exhibition. A year later, the Kunstverein Kestner Gesellschaft in Hanover exhibited his first retrospective. From 1997 to 2002, he lectured on painting at Art Academy Düsseldorf. In the late 1990s, having worked with objects for 40 years, he returned to the human image as the main topic of his paintings. In 2003, he depicted a painter and his model in a studio, then people in urban interiors, such as bathrooms and dining rooms. In his “Swing, Brother, Swing series,” he painted jazz musicians, which emphasised his love for music. 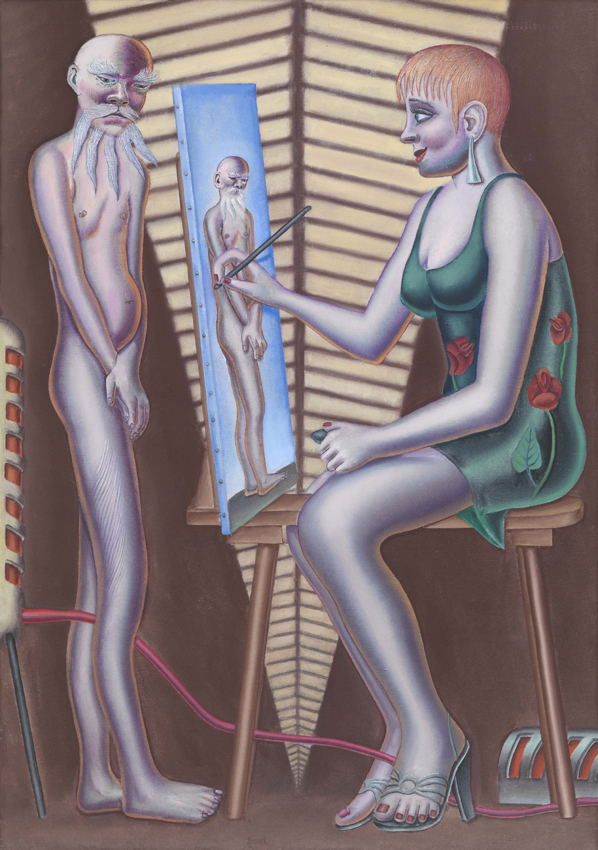 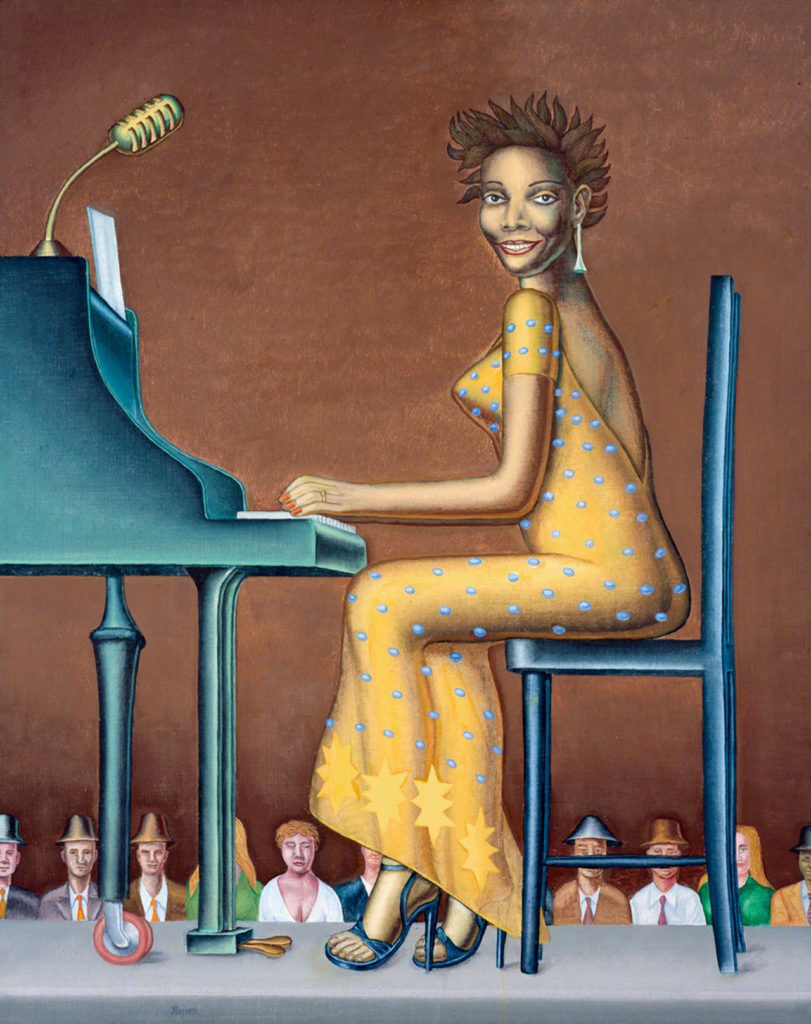