Dubuffet is one of the most prominent post-war French artists. His painting took inspiration from Graffiti, as well as the paintings by the mentally ill and also prisoners, whose spontaneous forms stimulated his own art. Dubuffet is responsible for coining the term art brut – spontaneous, unreflective artistic forms of expression that draw on the subconscious and stand in direct opposition to more sublime academic art. Though art critics of the time used to scornfully refer to his works as barbaric, Dubuffet had a major influence on the art of the 1950s and 1960s.

Dubuffet’s “Collection d’Art Brut” in Lausanne is one of the biggest collections of art created by the mentally ill and others who found themselves on the fringes of society. Dubuffet took part in documenta II (1959), III (1964), and IV (1968) in Kassel. His work has been honoured in numerous solo exhibitions, such as a retrospective at the Salomon R. Guggenheim Museum in New York (1973). 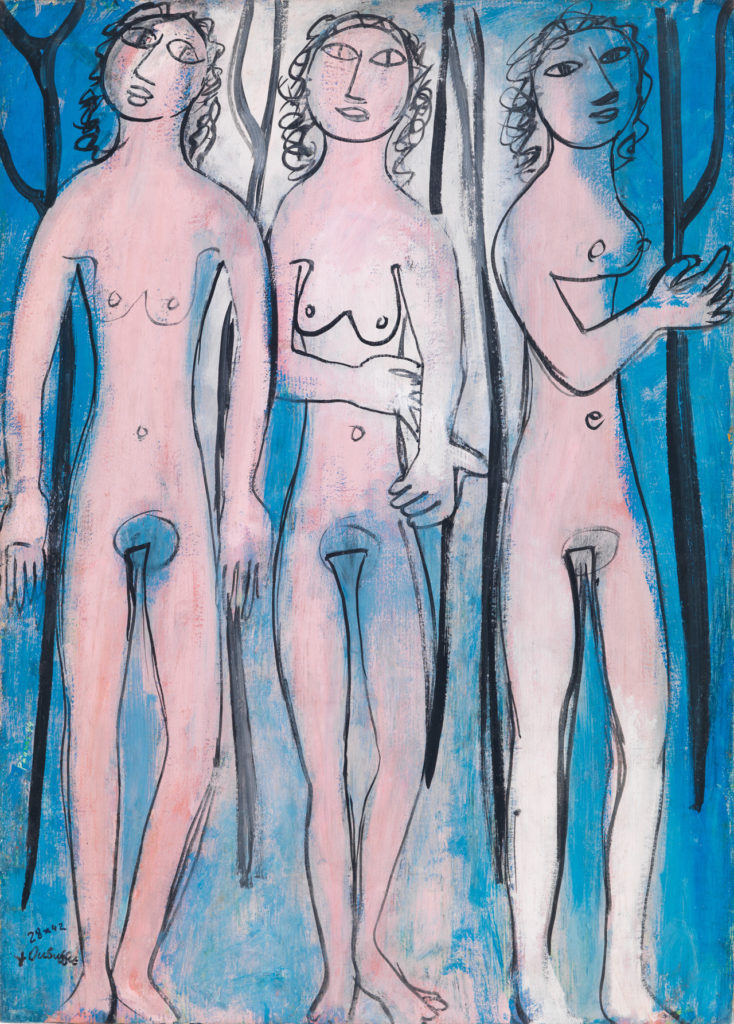