Dahn was co-founder of the Cologne artistic group “Mülheimer Freiheit” which ignited discussion about New Figuration. After achieving success in the early 1980s, Dahn travelled often and became acquainted with New York’s subculture. The oeuvre of Walter Dahn comprises works of various media: photographs, drawings, logos, paintings, collages, screen printing, found pictorial objects, ensembles, installations, and video. All of these are the result of the extraordinary attention he pays to everyday things and his surroundings, taking them out of their context and making them an artistic object or motif. By doing so, what is often banal becomes funny, paradoxical, or serious. Aside from fine art, Dahn has also been making music for decades. He is professor for painting at the Hochschule für Bildende Künste Braunschweig. His work is predominantly shown in German speaking countries, such as at the ZKM in Karlsruhe in 2005. 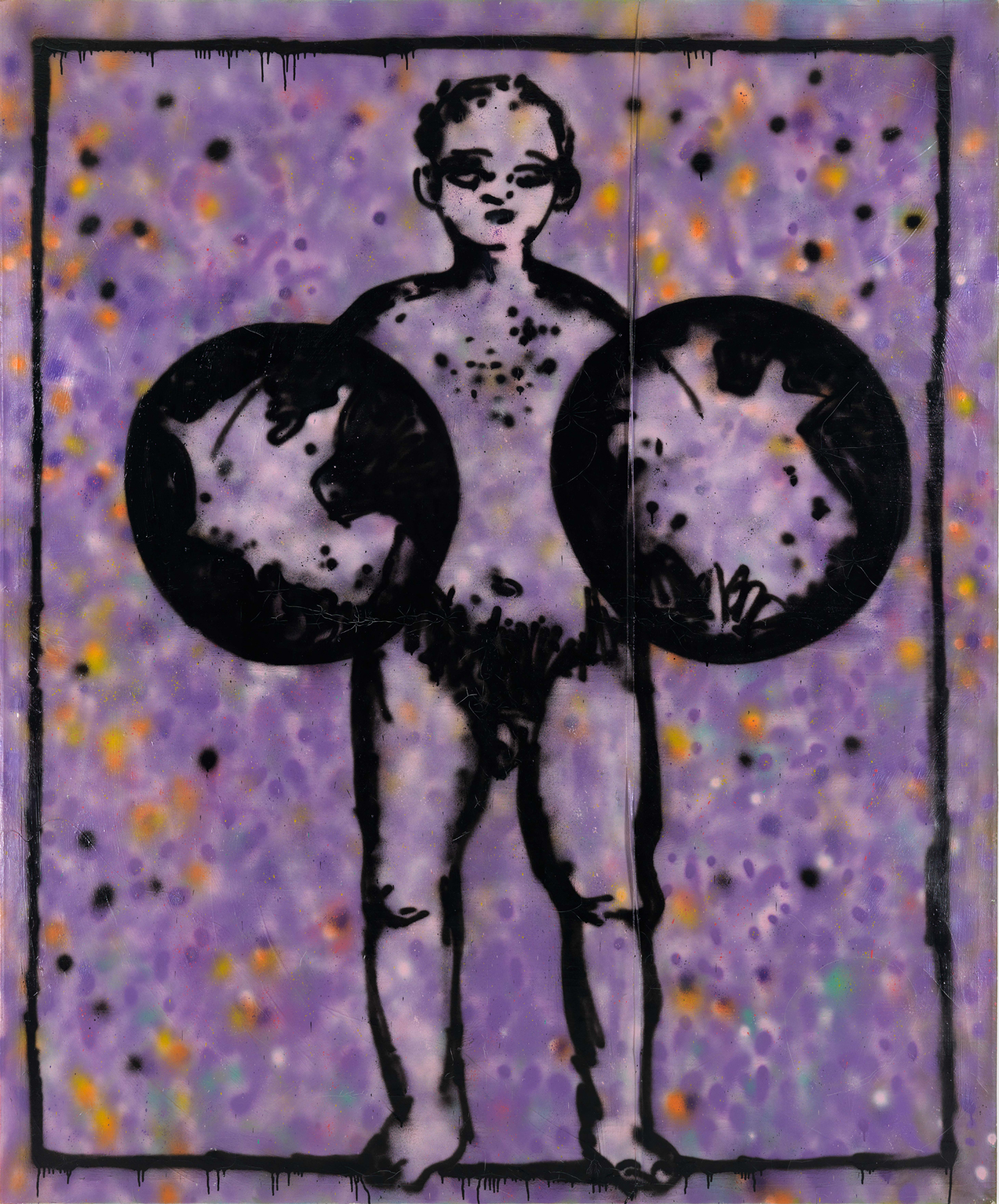