Georg Baselitz is one of the most important German artists since the Second World War and has greatly influenced figurative painting since the 1960s. His most famous pieces, as the most radical in their artistic development, are paintings that show their motifs upside down. Baselitz is primarily preoccupied with the painting process itself, rather than theme. From 1980, apart from painting and printed graphics, he also worked on large-scale wood sculptures.

He went on to become a professor at the Academy of Fine Arts in Karlsruhe and at the Berlin University of the Arts. He took part in documenta V (1972), VI (1977) and VII (1982) in Kassel and was responsible for the German Pavillion at the Venice Biennale in 1980. His work has been honoured in numerous exhibitions in the most prestigious international museums, such as the Guggenheim Museum in New York in 1985. 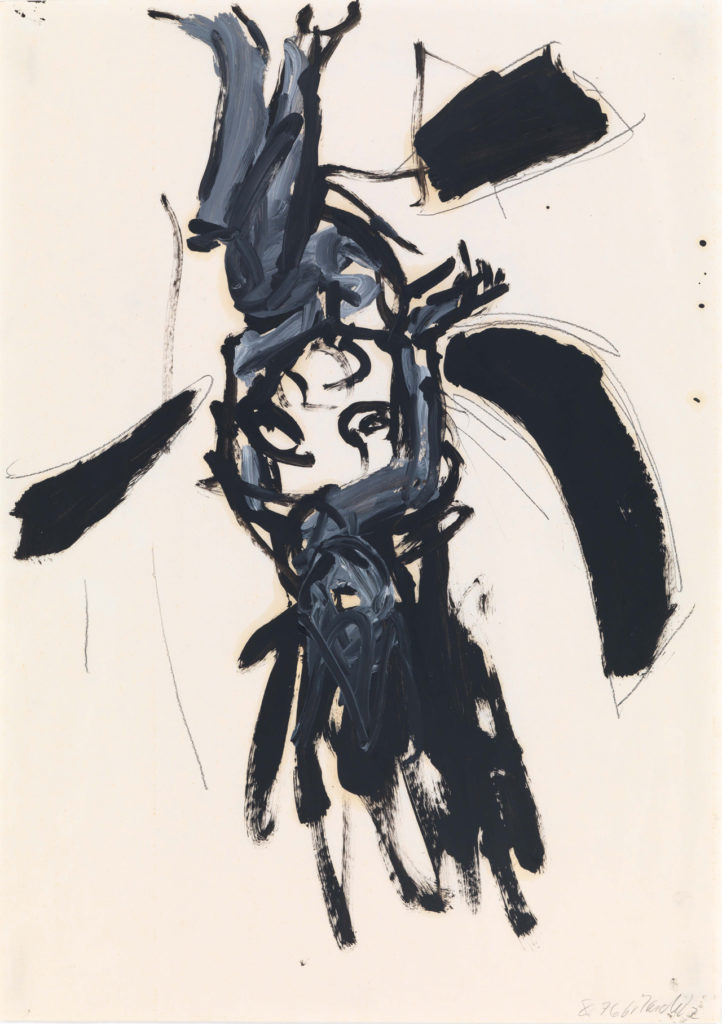