Kurt Schwitters is the son of a wealthy businessman. After finishing school, he studies for one year at the school of arts and crafts in Hanover, and following, he attends the Academy of Arts in Dresden until 1914. During World War I he is dismissed after a short time because of his epilepsy and his tendency to depressions, but until the end of 1918 he is obligated to labour as a technical draughtsman in an ironwork. In the same year he has his first exhibition at the gallery Der Sturm in Berlin, showing his first “MERZ-Bild (picture)”. The name “MERZ” is created by using a lettering with the word “Kommerz”, which Schwitters cuts up in his collage.

His “MERZ art” is created from collage techniques influenced by expressionism. He works with composite found objects such as newspaper clippings, advertisements, and other rubbish that he picks up on the street. For two semesters he studies architecture in Hanover. Even though the artist is considered a representative of Dadaism today, he is rejected and even criticized by various Dada artist groups because of his lack of will to commit himself politically. Nevertheless, he has active contact with the Dadaists Hans Arp, Hannah Höch, Raoul Hausmann, and Tristan Tzara. At the beginning of the 1920s, Schwitters, who is also active as a lyricist and writer, creates his famous poem An Anna Blume. In 1923, he works on his first “MERZ-Bau (architecture)”, which he constructs for about 13 years. This is later destroyed during a bombing raid in World War II. In the same year he works as a commercial artist, among others for the city of Hannover and for the stationery manufacturer Pelikan. In 1928, Schwitters becomes a member of the Deutscher Werkbund (German Association of Craftsmen).

In the 1930s, he is defamed as a “degenerate” artist and leaves Germany in 1937 to emigrate to Norway. He had already spent several summer months there before. In Lysaker, another “MERZ-Bau” is built, which is destroyed in 1951. In 1940, he leaves Norway to flee to England. There he is interned in various camps and later sets up an art studio on the Isle of Man. Schwitters becomes a member of Bundes der Freien Deutschen Künstler in Grossbritannien (the Association of Free German Artists in Great Britain). In 1945, he begins to build his last “MERZ-Bau”, but dies before the work is completed. His works are shown posthumously at the documenta I, II and III. 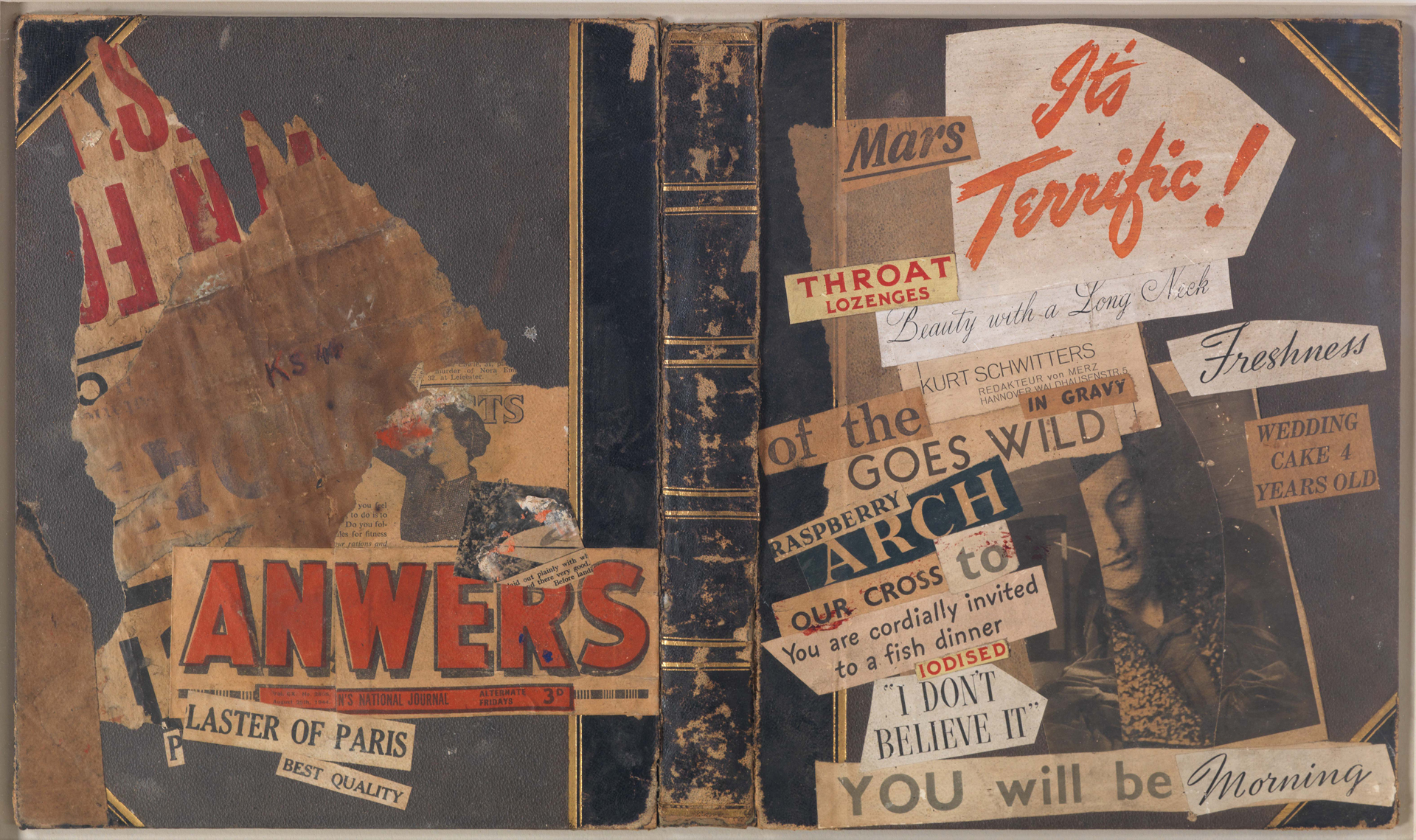