René Magritte, son of a tailor and a hatmaker, is a modest man all his life, having a very middle-class existence. Yet, his work shows bizarre to morbid motifs, which shape his characteristic style. The suicide of his mother, when he is 14 years old, leaves the motif of the covered head in his art. From an art-historical point of view, it is de Chirico and his Pittura Metafisica, especially the work “Das Lied der Liebe (The Song of Love)”, which should influence the artist in his individual form of expression.

In 1913, young Magritte already begins his first works in the impressionistic style. From 1916 to 1918, he studies at the Académie des Beaux-Arts in Brussels and creates works with cubistic-futuristic elements. After his studies he first earns his living as a pattern draughtsman in a wallpaper factory and then as a poster and advertising draughtsman. During this time, he approaches the Dadaist movement. However, he develops his distinctive style, making him a surrealist from 1925 onwards, and a firm contract with the Brussels gallery Le Centaure allows him to concentrate exclusively on his artistic work. In 1927, he moves to Paris, where he joins the group around the Surrealist André Breton and comes into contact with de Chirico’s work. He befriends Joan Miró and Hans Arp. From 1930 Magritte lives again in Brussels. Still, the artist takes part in several international exhibitions. In 1947, he has his first exhibition in the USA.

The artist also works as an editor for several magazines and newspapers, makes short films, and lectures on his work. The invasion of Belgium by the German Wehrmacht (army) during World War II becomes a turning point in Magritte’s artistic work. As he says himself, “… Before the war, my paintings expressed fear. The experience of the war taught me that in art it is important to express enchantment. I live in an unpleasant world, and my work is intended as a counterattack”. Nevertheless, the examination of the essence of reality remains the guiding principle of his art. Magritte wants to invite the viewer to reflect. His painting and thinking in the 1960s exert a great influence on trends such as Pop Art and Concept Art. In 1956, Magritte is awarded the Guggenheim Prize for Belgium, and in 1959 he participates in the documenta II. 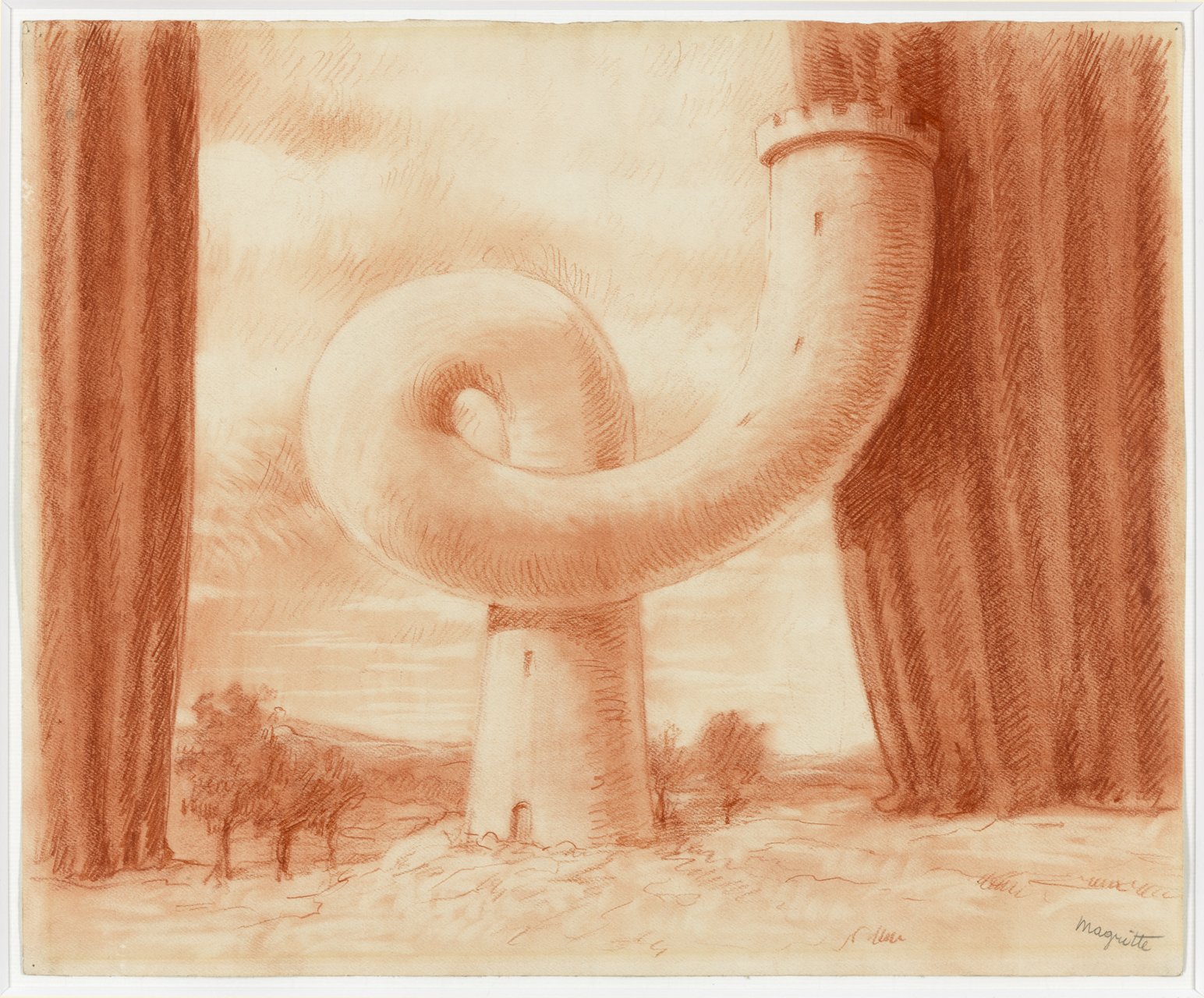