Coming from the famous painter dynasty, Augusto Giacometti devotes himself to painting at an early age. From 1894 to 1897 he absolves the drawing teacher training at the School of Arts and Crafts in Zurich and following goes to Paris for further studies under the Art Nouveau artist Eugène Grasset. He settles down in Zurich, after having stayed in Florence and studied the early Renaissance. He always spends the summer months in his hometown Stampa. In 1917, he meets and works with the Dadaists Tristan Tzara, Marcel Janco, Sophie Taeuber-Arp, and Hugo Ball. However, he is more influenced by early Renaissance, Symbolism, and Impressionism. From 1918 onwards Giacometti abandons spatiality and plasticity in his paintings and searches for pure colour. With his works he is one of the pioneers of the non-representational art.

He reaches his zenith between 1912 and 1917 with his abstract, large-format, tachistic works. Due to his success he also receives orders for wall and glass paintings on profane and sacred buildings. Amongst other works, he designs stained-glass windows in Zurich’s Grossmünster but especially for the entrance hall of the police station in Zurich’s Amtshaus I, the so-called Giacometti Hall. Around 1940, his style turns again towards naturalism. His later works of art are characterized by flower still lives, landscapes and self-portraits. From 1939 until his death he is president of the Swiss Federal Art Commission. 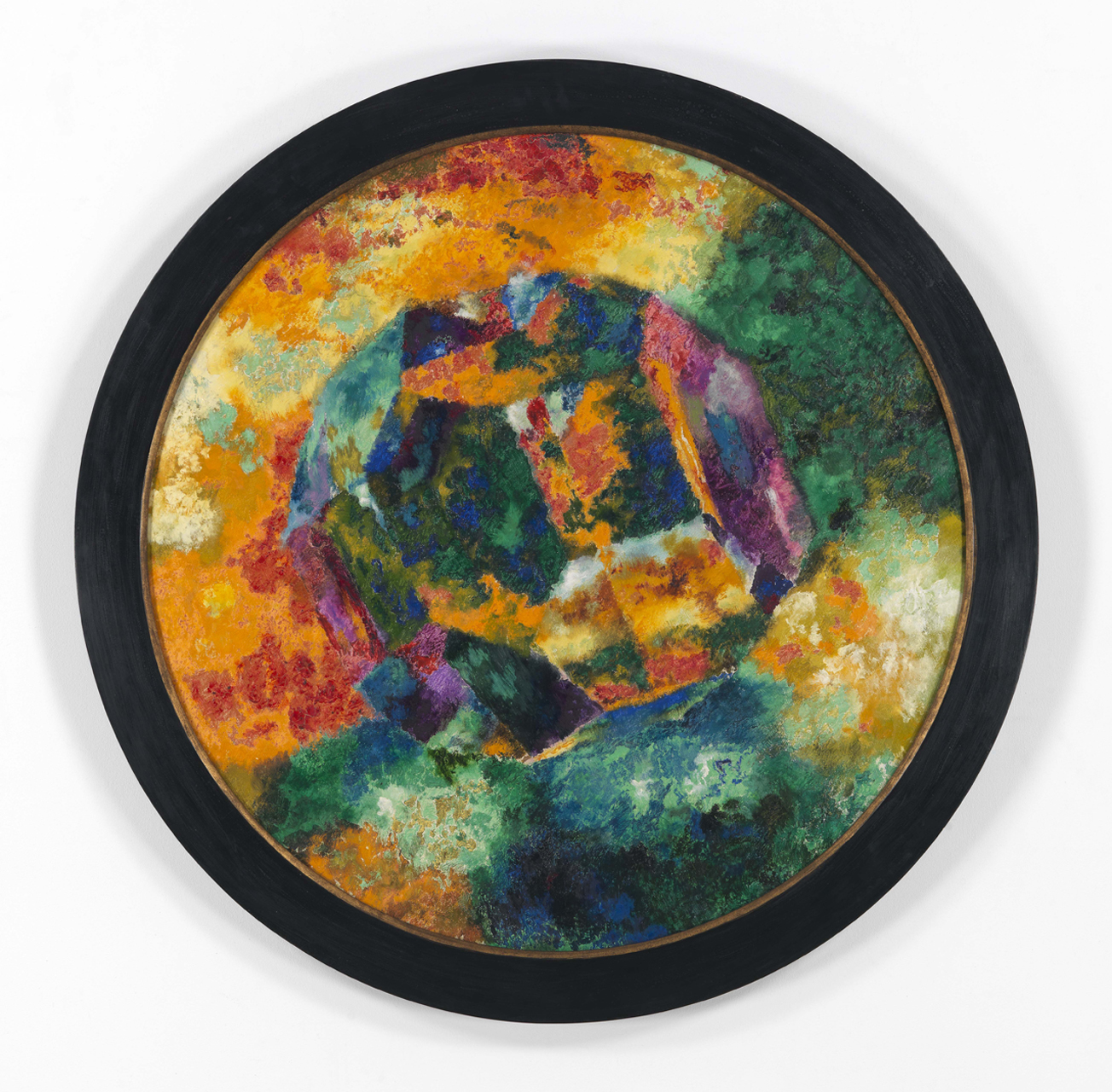