Lovis Corinth’s childhood on his parents’ farm was marked by internal conflicts and quarrels with his significantly older step siblings. These profoundly negative experiences characterize Corinth. Throughout his life, he was dominated by self-doubt, melancholy and depression. From 1876 he was enrolled at the Königsberg Art Academy, followed by study visits to the Munich painters and teachers Franz von Defregger and Ludwig von Löfftz. He then went on to study in Paris, where, despite the prevailing trends, he became less interested in modern developments such as Impressionism and continued to be interested in academic classicist traditions.

After his father’s death, he lived in Königsberg again for a few months, but soon moved back to Munich. He reached the city at a time when a young generation of progressive artists was revolting against the conservative art academies around artists such as Franz von Stuck and Franz von Lenbach. Corinth, with his strictly academic education, initially found it difficult to find his place as a painter. But then, he finally succeeded in consciously using the prevailing art struggles to set out for his artistic future and independence. He was involved in the founding of the Munich Secession, but a short time later built up a new movement with like-minded people, the Free Unification. Despite all his successes, he failed to achieve his breakthrough in Munich.

After moving to Berlin, Corinth fell in love with his 20 years younger neighbour Charlotte, who soon became his wife, muse and lifelong favourite model. Corinth was a member of the Berlin Secession, director of the nude and portrait class in the Berlin Studios for Painting and Sculpture, created over 300 paintings in the first ten years in Berlin, collaborated with renowned galleries, and thus established himself alongside Max Liebermann and Max Slevogt as one of the most important protagonists of German Impressionism. This ascent was abruptly interrupted in 1911 by a stroke. Corinth was hemiplegic for some time. But the misfortune of the painter’s stroke seemed to give the artist’s work unexpected depth, dynamism and strength. Through his personal tragedy, he succeeded in opening up new dimensions to his works.

During the Nazi regime, Corinth became a victim of Nazi cultural propaganda. A second stroke was invented in 1918 to explain why his art was to be classified as “degenerate”. Many of his paintings were confiscated, sold abroad, destroyed or frowned upon in traveling exhibitions. Fortunately, the artistic quality of his work was rediscovered after the end of the Second World War. After his death in 1925, Corinth left behind an oeuvre comprising over 1,000 paintings and almost as many prints and watercolours, plus countless drawings. Today, Corinth’s works are represented in international collections, galleries and museums. 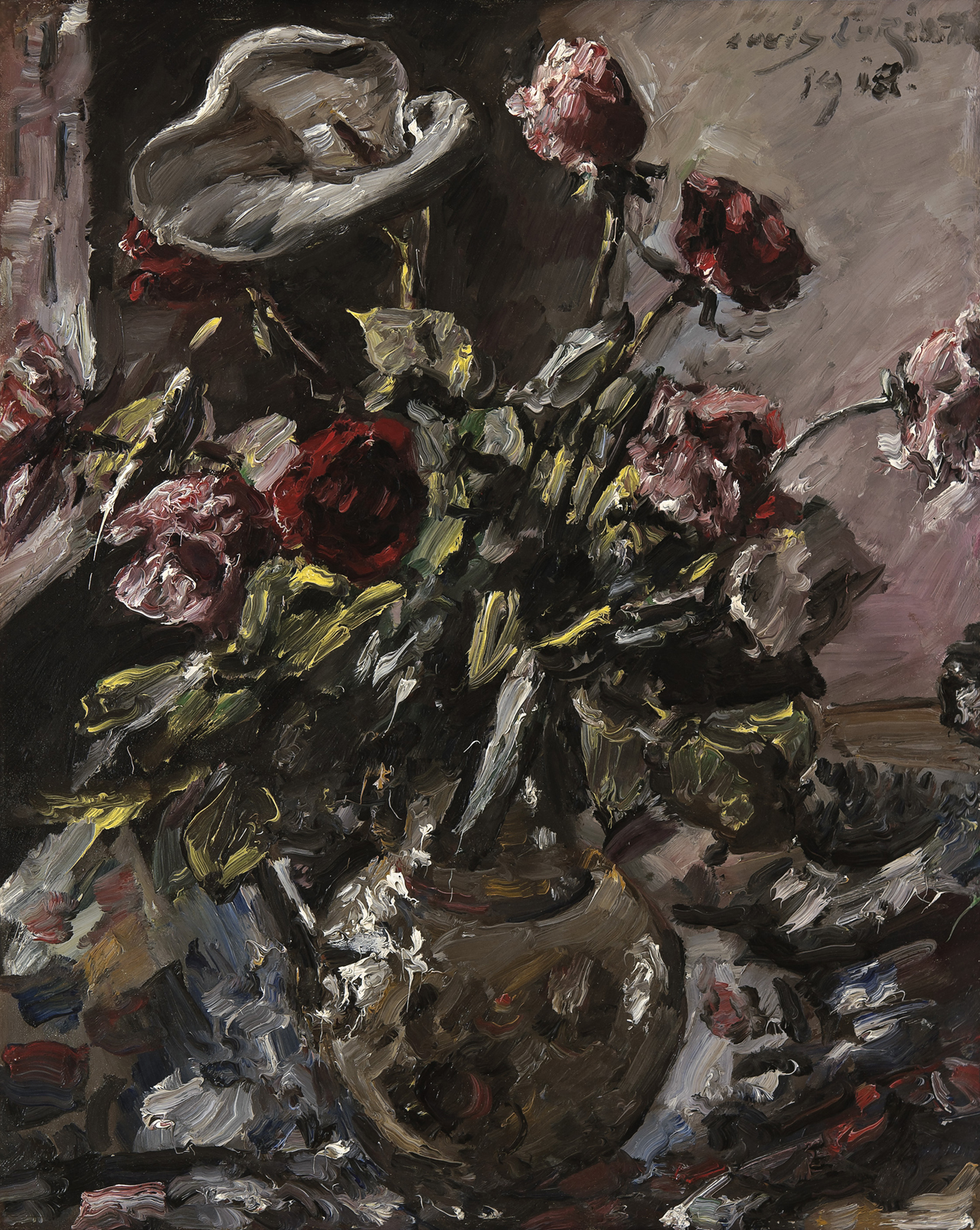 Lovis Corinth
Roses and one Calla