The large steel structures of Bernar Venet are known to audiences worldwide, but mostly from their prominent placements in their cityscapes. Space, time, and movement are basic phenomena that the artist wants to express through his works, whose basic design element is the line. However, he is also considered one of the most important French conceptual artists. Apart from group exhibitions in many museums, his most important individual exhibitions were organised by Haus Lange Krefeld and Kunsthaus Hamburg in 1970.

In 1972, Venet, his wife, and two children moved to Paris. He reassessed his art theoretically and in 1974 he taught at the Sorbonne in Paris. He also lectured at various other universities and art centres in France, the United Kingdom, Italy, Poland, and Belgium. He participated in the São Paulo Biennale. In 1976, he returned to New York, where he focused on painting again. In 1977, he displayed his works at documenta in Kassel, and in 1978 (and again in 2009) at the Venice Biennale. In 1979, he made wooden reliefs (Arcs, Angles, and Diagonals) and the first Indeterminate Line, and in 1983 the first designs for Indeterminate Lines made of steel, important works, developed over a number of decades.

Apart from exhibitions, Venet increasingly focused on international orders for monumental sculptures in public spaces. In 1991, he released two CDs with his musical compositions, made welded steel furniture, and worked on a film. At the time, he often stayed in France. 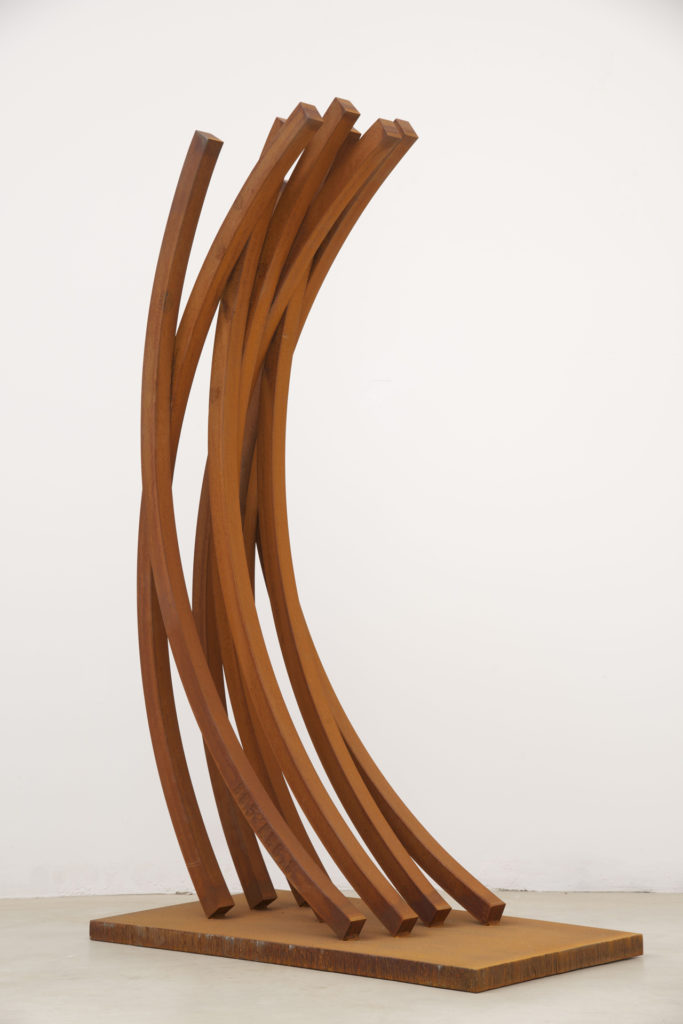