Subtle and sensitive – these are attributes describing the works of Sandra Vásquez de la Horra. On the other hand, they can also be described as merciless, grotesque, and disturbing. They are pictures full of opposite emotions. Her works cannot be described as light art. The fact that Sandra Vásquez de la Horra was born in 1967 in Chile, in the times of Pinochet’s reign of terror and torture, has had an impact on her art. The cultural legacy of the artist includes stories of the indigenous peoples of Latin America, the history of Spanish colonialism in Central and South America, and the history of her family. Sandra Vásquez de la Horra seeks and finds freedom from this dense society through art and within art.

Between 1989 and 1994, she studied visual communication in Chile and graduated with distinction. From 1995 to 1996, she travelled to Germany and studied at Kunstakademie Düsseldorf under Jannis Kounellis. In 1996, she received an award at the biennale in the Chilean National Museum of Fine Arts in Santiago. In 1999, she moved to Germany and finished her studies at Kunstakademie Düsseldorf under Rosemarie Trockel. Later, during post-graduate studies at the Academy of Media Arts Cologne, she educated herself in photography, film, and new media. She is thirsty for everything that is new, without forsaking her own background. She seeks her own motifs and her own medium, finding them in a kind of bodily drawing. She uses pencil, and sometimes coloured pencils, on thick paper or drawing cardboard. As a final step, she immerses her work in wax and determines this special materiality as an important part of the picture’s message. That preserving softness contrasts with the dominant themes of the artist: death, family, relationships, and sexuality. 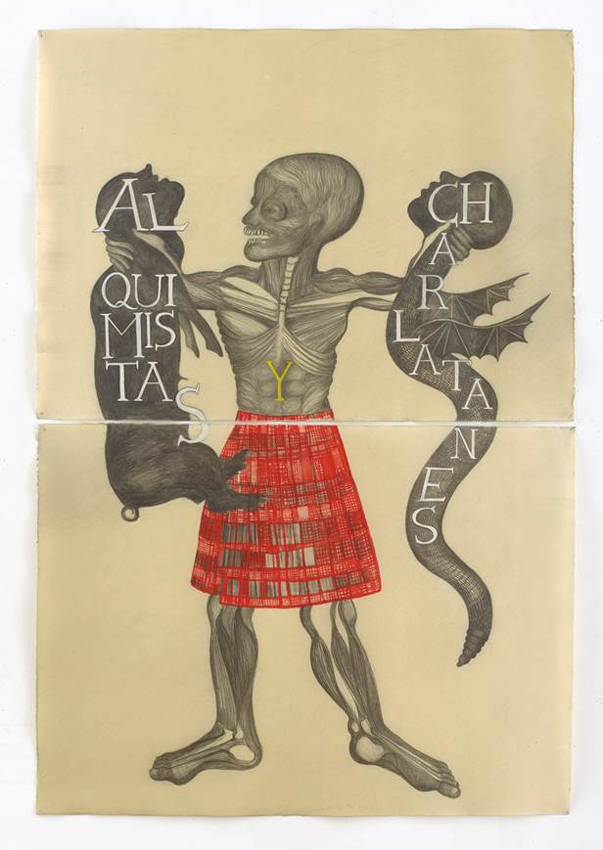 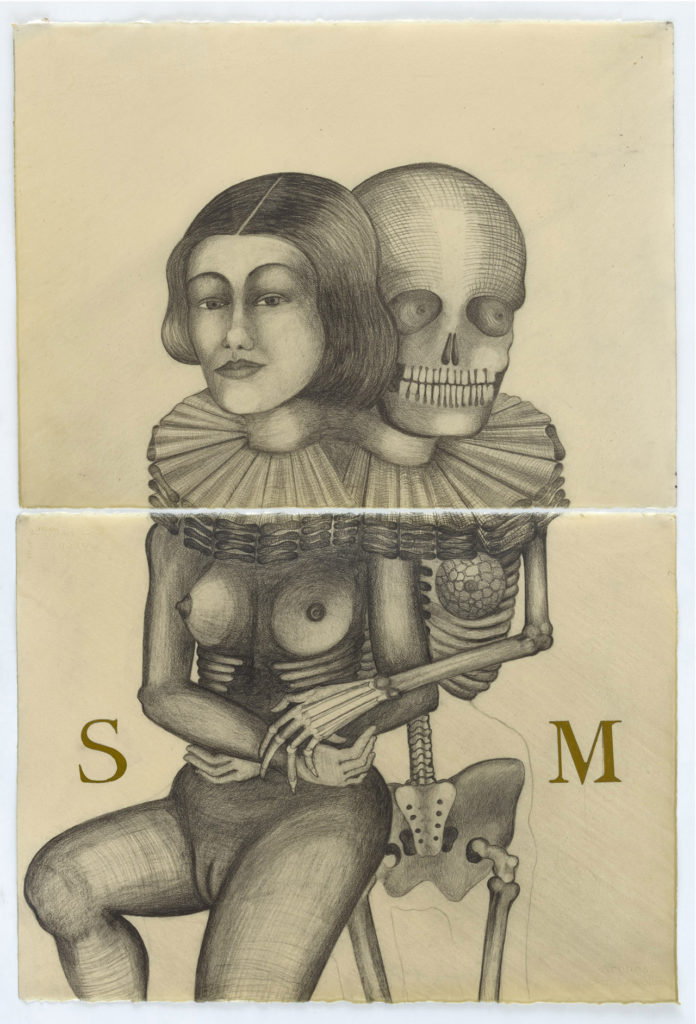 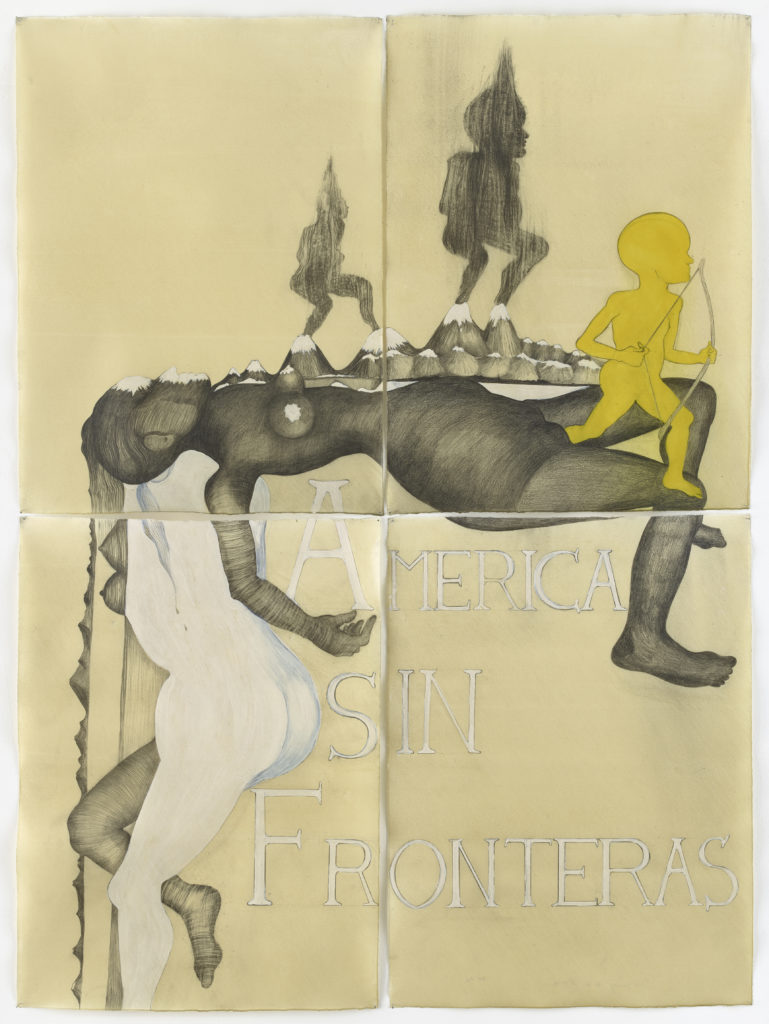 Escape over the rainbow

Delicate and vulnerable, these attributes apply just as much to the works of Sandra Vásquez de la Horra as do ruthless, grotesque and disturbing. They are images full of contrasting sensations. The artist doesn’t make light art.

“By telling apparently small stories in her drawings and describing them with inscriptions, Sandra Vásquez de la Horra confronts herself with the history of her home country and her ancestors as well as her own. Drawing is her medium for identification, recognition, comprehension and liberation. In a mixture of pre-Columbian corporeal nature, naive figuration, surreal narrative structure and sometimes obsessive detail, the artist creates a world of characters that can be understood symbolically, metaphorically and mythologically, and yet still very close to reality. “