Dimitris Tzamouranis is a painter in the classic sense of the word. His representational paintings are testament to his outstanding artisanal abilities. He paints on large-format canvases, which he primes traditionally in multiple layers, or on copper plates in small formats. His world of motifs also follows the traces of art history back through many past centuries. Nevertheless, his art is exceptionally contemporary, blending the present with traditional content, techniques, and themes. Tzamouranis is as interested in current social and political topics as he is in interpersonal encounters and individual dispositions.

Born in 1967 in Kalamata on the Peloponnese peninsula, he moved to Berlin in 1990 at the age of 23, having graduated from the Fine Arts University in Thessaloniki where he majored in painting and graphic arts. For the next three years, he studied at the Berlin University of the Arts. Video soon became the central medium for him. He lived for a year in Istanbul thanks to a scholarship awarded by the Senate of Berlin. Tzamouranis’ grandfather was a church painter, and the artist was brought up in a very religious family. These two facts from his life, combined with the artist’s education, ultimately pushed him towards figurative painting. Since around 2001, he has painted very personal works using a realistic visual language. He soon ventured beyond pure imagery and introduced mysterious elements and characters into his painted scenes. Reality and dreams subtly intertwine, visualisations of the paintings seem magical, and illumination, light, and shadow add a film-like dramatic effect. A principle he continued to pursue until today in repeatedly new variations and narratives. His numerous studies of characters, portraits, and self-portraits contain an exceptional closeness and intimacy. Tzamouranis has had a few exhibitions organised by various

institutions, including the Frissiras Museum in Athens (2013) and Kunsthalle Dominikanerkirche Osnabrück (2013). In 2017, the artist took part in the documenta exhibition in Kassel. 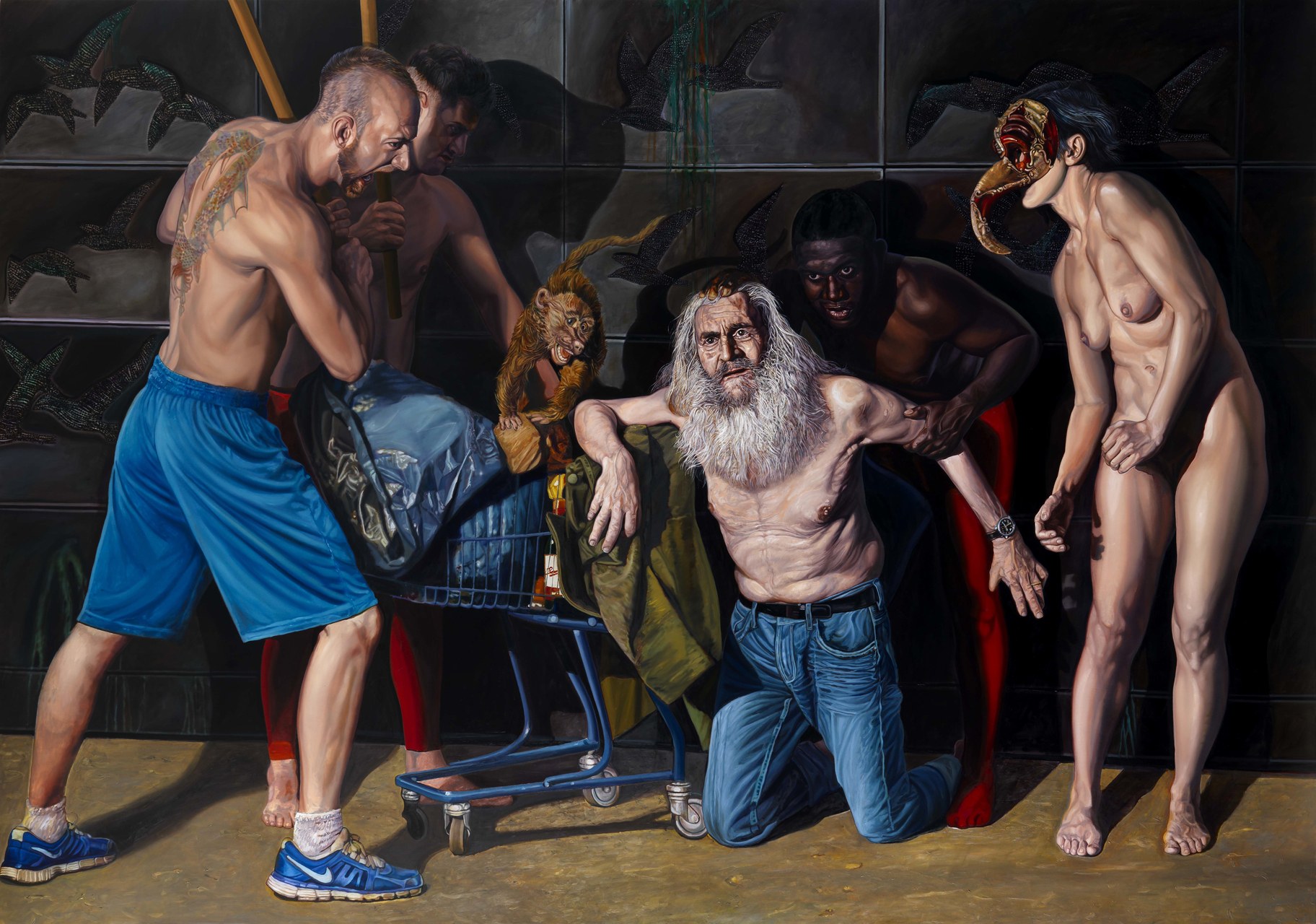 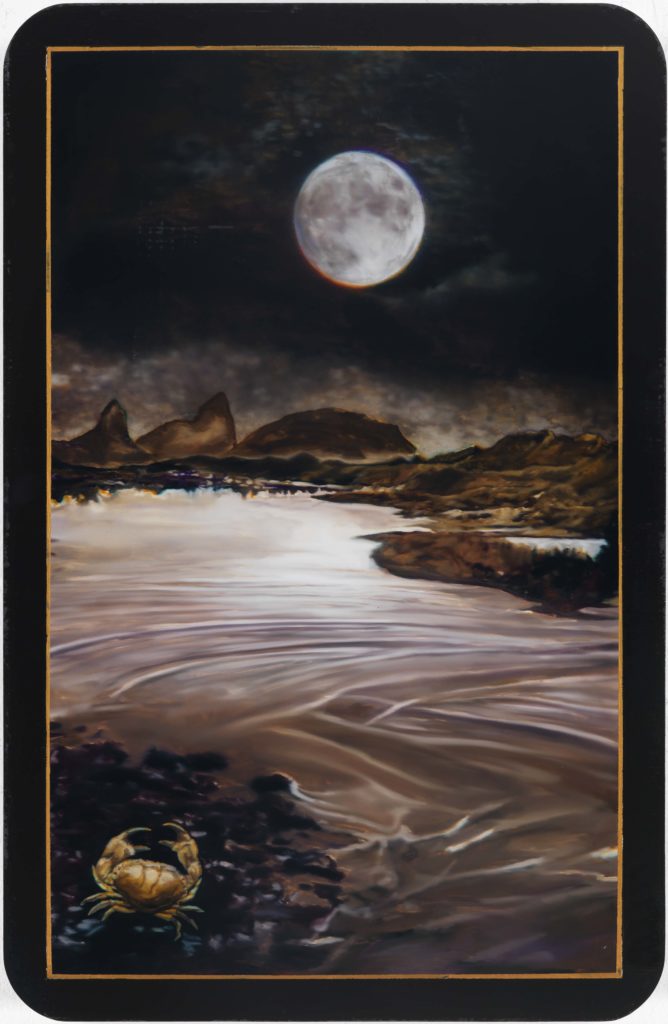 Dimitris Tzamouranis is a figurative painter, a figurative realist who applies glazed oil paint on copper, wood or canvas in an old-masterly manner. The artist, who was born in Greece in 1967, draws the inspiration for his painting from the history of art, time and culture. He finds rich models in Christian iconography as well as in Greek mythology or the pagan goings-on of a jesters’ meeting.