Martin Kippenberger grows up in a wealthy environment as the son of a coal mine director and a dermatologist. In 1968, he quits school and starts an apprenticeship as a decorator, which he is not allowed to finish because of drug consumption. From 1972 to 1976 he studies at the Academy of Fine Arts in Hamburg, with among others Franz Erhard Walther.

After his studies, he moves to Florence. Through the acquaintance with Albert and Markus Oehlen he goes to Berlin. In 1978, together with Gisela Capitain, he founds Kippenberger’s Büro, which exhibits young artists. At the same time, he becomes managing director of the event hall SO36. Two years later he moves to Paris with literary ambitions. In the 1980s, his art is shown in major exhibitions, including the 1988 Venice Biennale. In 1989 he moves to Los Angeles. He becomes a visiting professor at the Städelschule Frankfurt, gives guest lectures at Yale University and at the universities of Nice, Amsterdam and the Gesamthochschule (comprehensive university) Kassel in the 1990s. His art is shown at documenta IX and X. In 1996, he is awarded the Käthe Kollwitz Prize. Posthumously his works are also shown at the Venice Biennale in 2003.

His art belongs to the Neuen Wilden (New Wild Ones), but he also works in the tradition of Dadaism and Fluxus, and thus on the dismantling of the traditional concept of art. His figureheads are provocation, cynicism, and mockery. In 2008, for example, these provoke the protest letter of Pope Benedict XVI and a hunger strike by the president of the South Tyrolean Regional Council. The stone of condemnation is his sculpture of a crucified frog, created in 1990, and publicly presented in a museum exhibition. 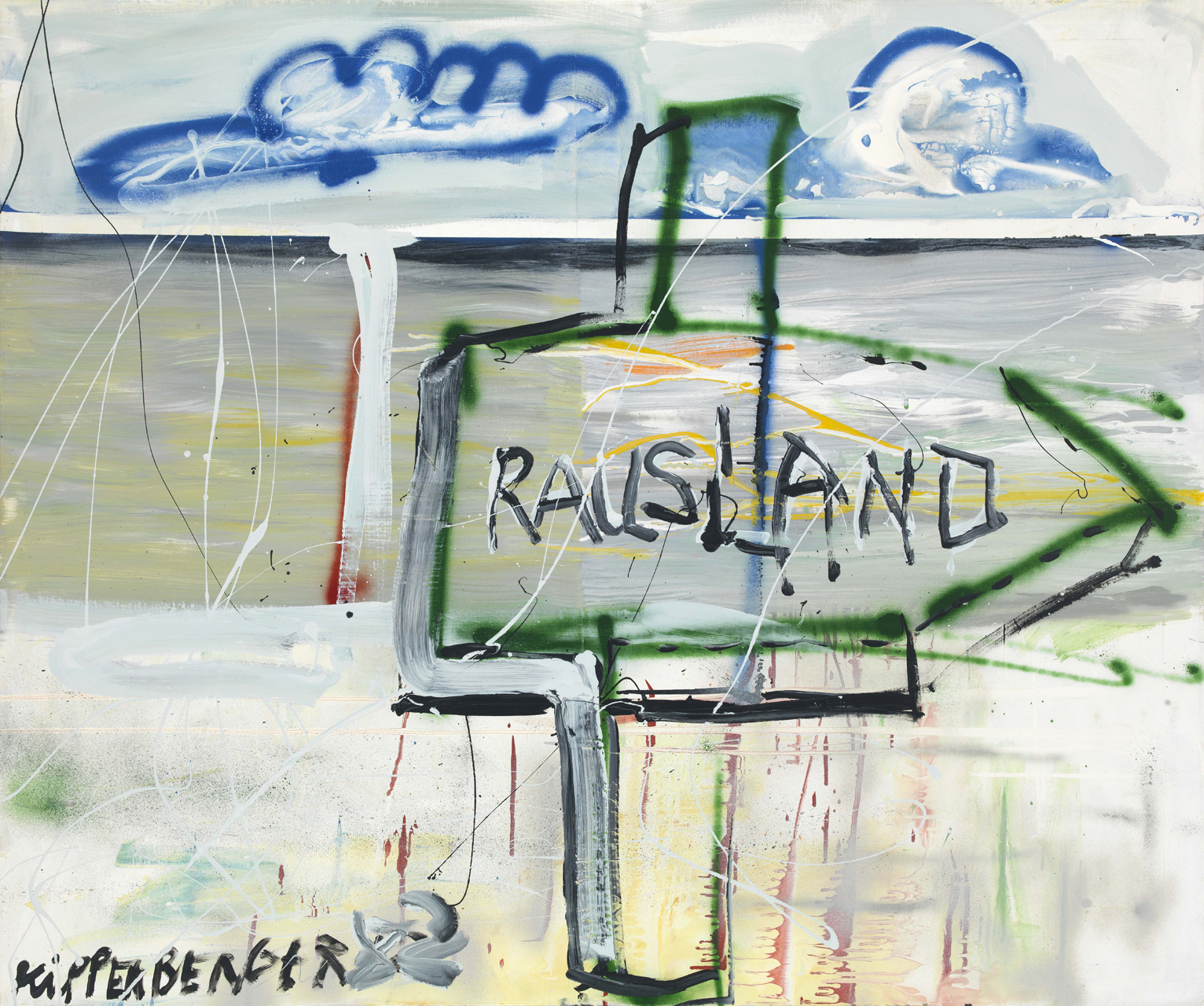