The works of Frank Gerritz are characterized by a special materiality and highly precise surface design. The artist, who studied sculpture, creates (wall) sculptures of clear geometric forms with graphite on MDF panels, with paintstick on aluminium and makes (large format) drawings. These are abstract, strictly conceptual works, which nevertheless start from and refer back to the human being. From the beginning the artist has defined his parameters, which he derives from an average physicality.

Gerritz’s art is primarily concerned with centres and edges, lines and corporeal surfaces, the definition of volume and space. In doing so, he virtuously plays the contrasting pairs of light and dark, horizontal and vertical direction, fleeing and centring forces. Yet he always adheres to a thought-out geometric grid as well as to square and rectangle. His works may initially remind us of works of Minimalism, but they are exactly the opposite. Their quality, for all their precision, is based on the sensuality of life. Frank Gerritz was awarded the Edwin Scharff Prize, Hamburg, in 2010. His work has been shown in numerous international museum and gallery exhibitions since the late 1980s. 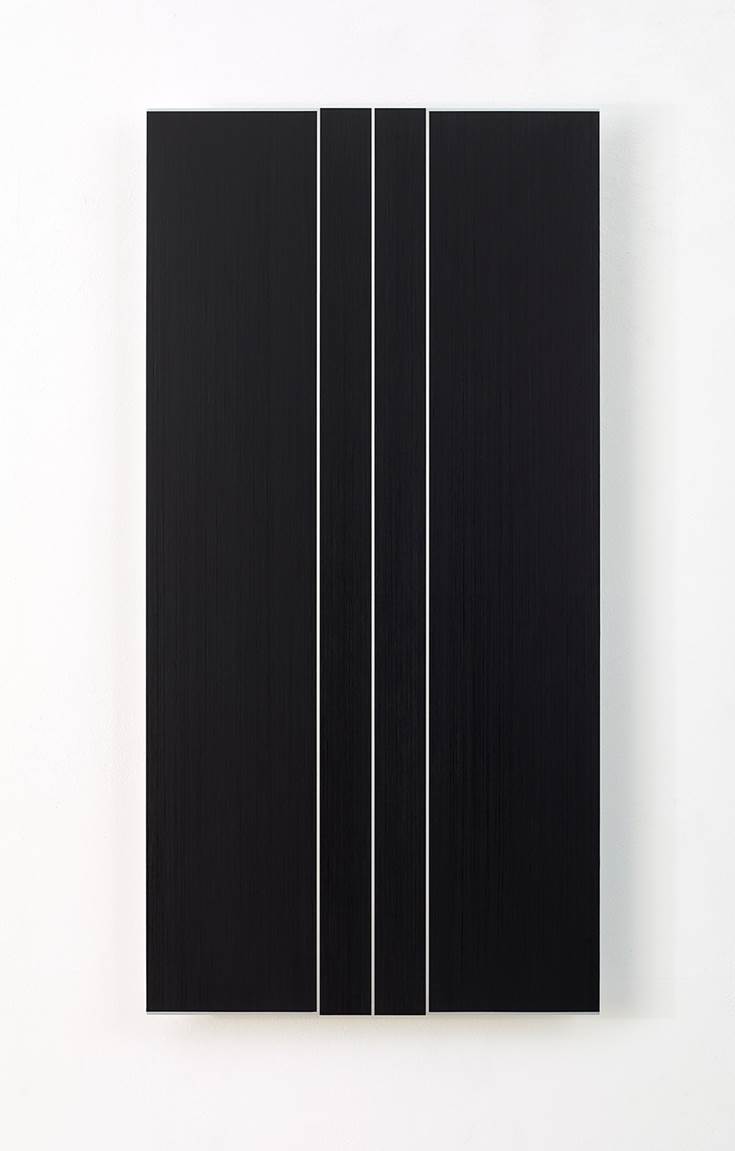 He is a sculptor, Frank Gerritz, born in 1964 and living in Hamburg. And he is a draftsman – a detailed, meticulous and precise one. The fact that these are not “sculptor’s drawings” in the traditional sense is apparent immediately. Gerritz’s focus is on exploring the boundaries between sculpture and drawing.

“Since 1992 Gerritz has been producing larger-format “sculptural drawings”. Among these are MDF boards, which he covers with lines of a soft 9B pencil in weeks of work. The lines are freely drawn, horizontally and/or vertically, in a density and materiality that substantially and aesthetically gives them their own specific quality.”