Max Frisinger studies at the Hamburg University of Fine Arts. When he discovers during his studies that all basic geometric shapes are present in everyday objects, he decides to make the collage principle the starting point for his art in the future. At night, the artist rides his bicycle through the streets to find material for his assemblages and compositions on the bulky waste. The original utility character of the found material always remains recognizable in his works.

Starting in 2008, Frisinger builds expansive installations from found materials, his so-called material bricolages. A condensation of these works is represented by the showcases he built in 2010. Like showcases and showpieces, the artist turns materials into sculptures and containers. He starts another group in 2012, when he uses radiators as sculpture objects in his “Buderus” series. These works are no longer assembled additively. Instead, he breaks them down into individual parts and fragments them additionally. His decision as to which found objects to turn to is not arbitrary, but is guided by intuition, reflection and inspiration.

2014-2015 during a stay in Switzerland, the artist is working on a new series in which he transforms barrier nets from construction sites together with illuminants into sparkling spatial objects with historical frames. In 2011 the artist received the Kunstpreis Start of the Kunstmuseum Bonn. 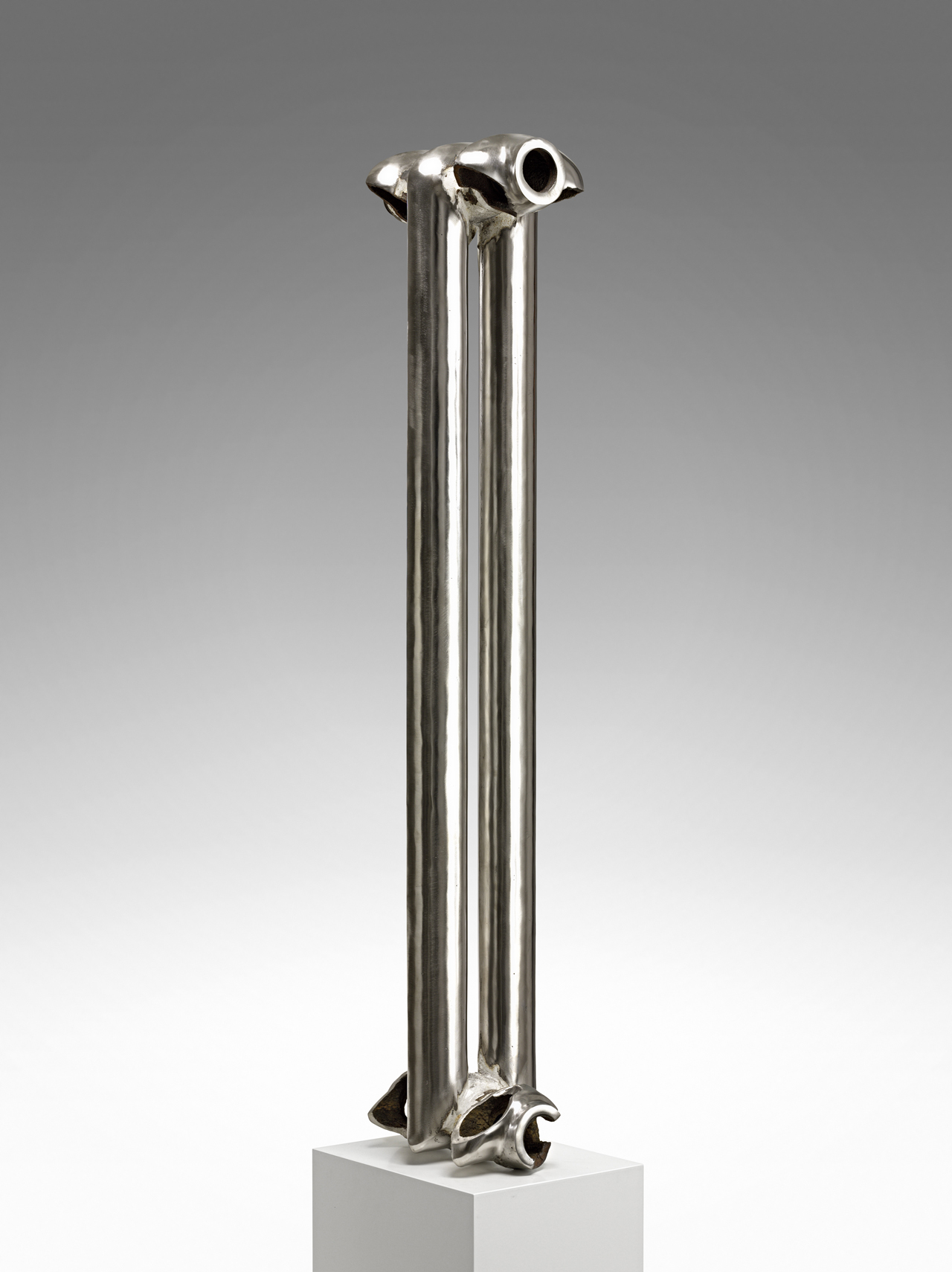 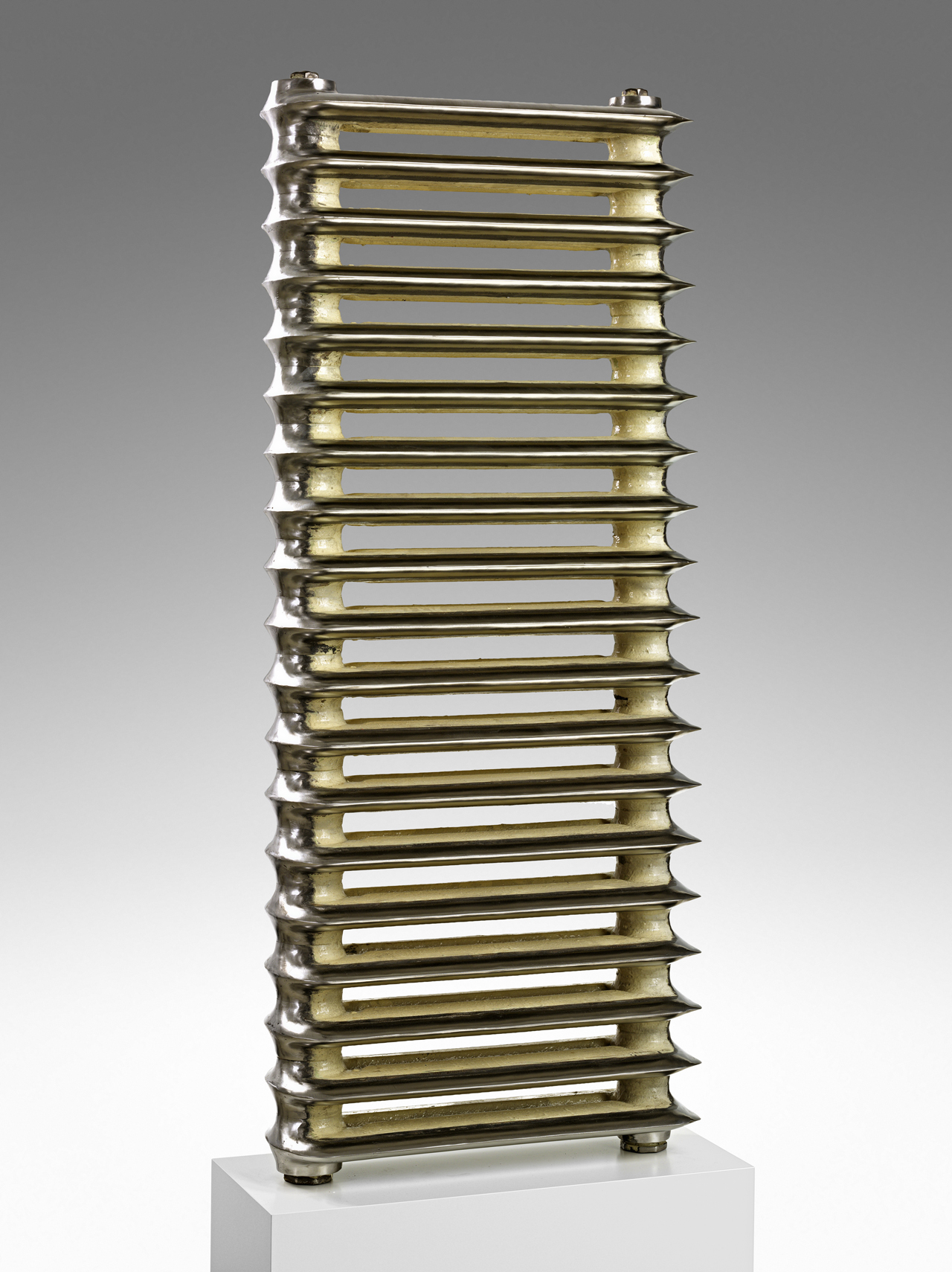 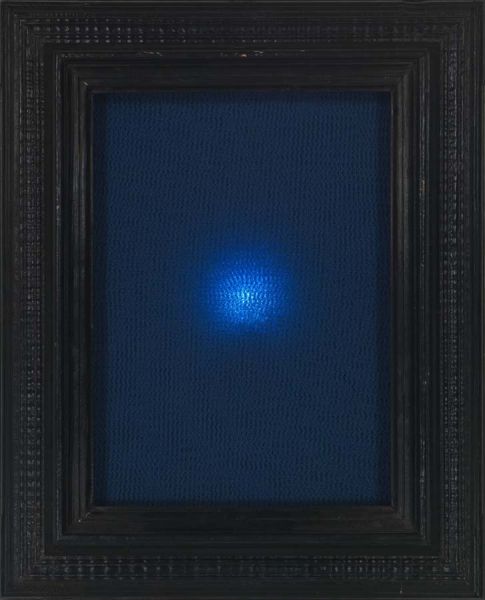 MOMENTUM once again connects a contemporary artist and his works with works of a preceding generation. 6 light reliefs by Max Frisinger, born 1980 in Bremen, are juxtaposed with images by the recently deceased Otto Piene and Lucio Fontana.