André Thomkins (1930-1985), born in Lucerne, Switzerland, is among the most important Swiss artists of the second half of the 20th century. Drawing from surrealism and the dada movement as well as the works and ideas of Paul Klee and Kandinsky, and his knowledge of parapsychology, philosophy and literature Thomkins’ mercurial artistic practice includes drawings, sculptures, and music.  In his search for adequate expressions of his boundless imagination and fondness of experimentation, he invented his own painting techniques, among them the so-called Lackskins.

“A drop or string of thick gloss paint trickles onto the water, it spreads and covers the surface. The forms this produces can be constantly changed, by means whose effects trigger an interplay between artificial and natural forces: when you blow on the paint, it drifts apart in the desired direction and dissolves into grey scales of photographic fineness, suggesting a plastic presence. With drops or strings of paint thrown or drawn onto the emerging painting you can then change the landscape.” (André Thomkins, 1966). 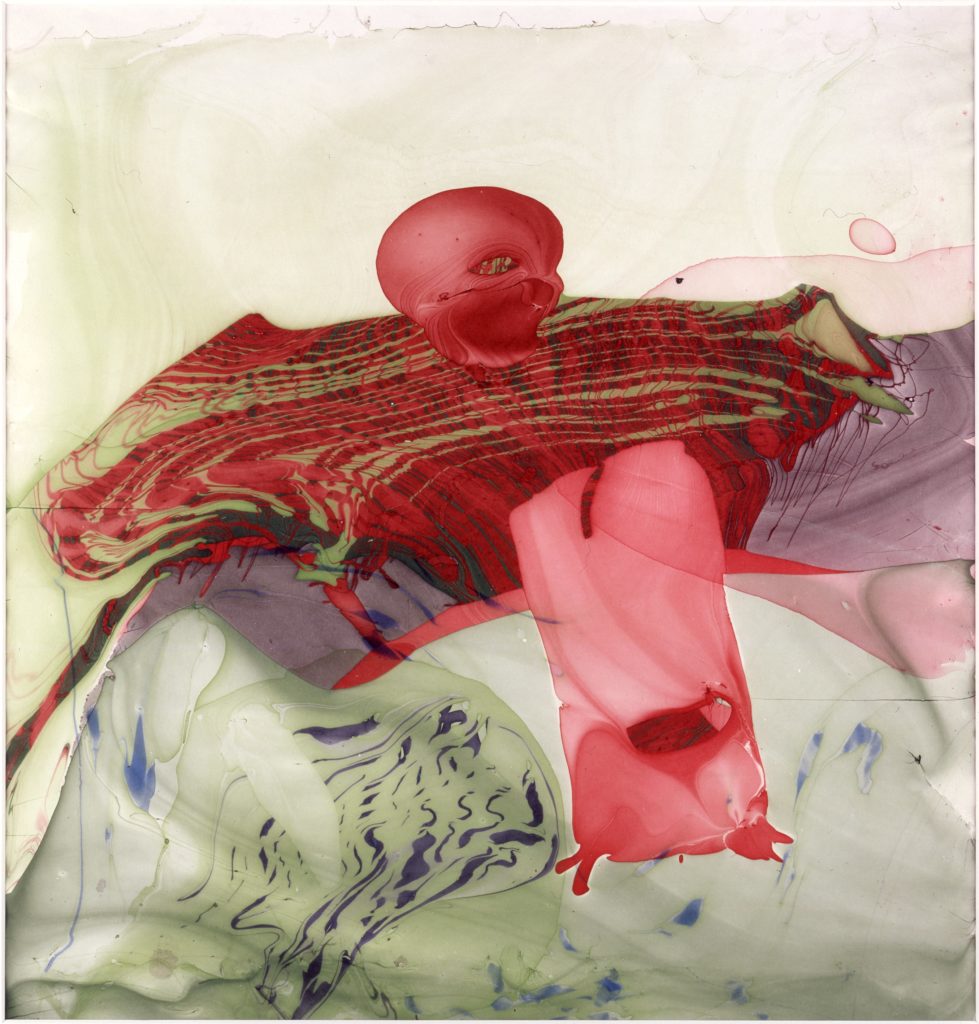 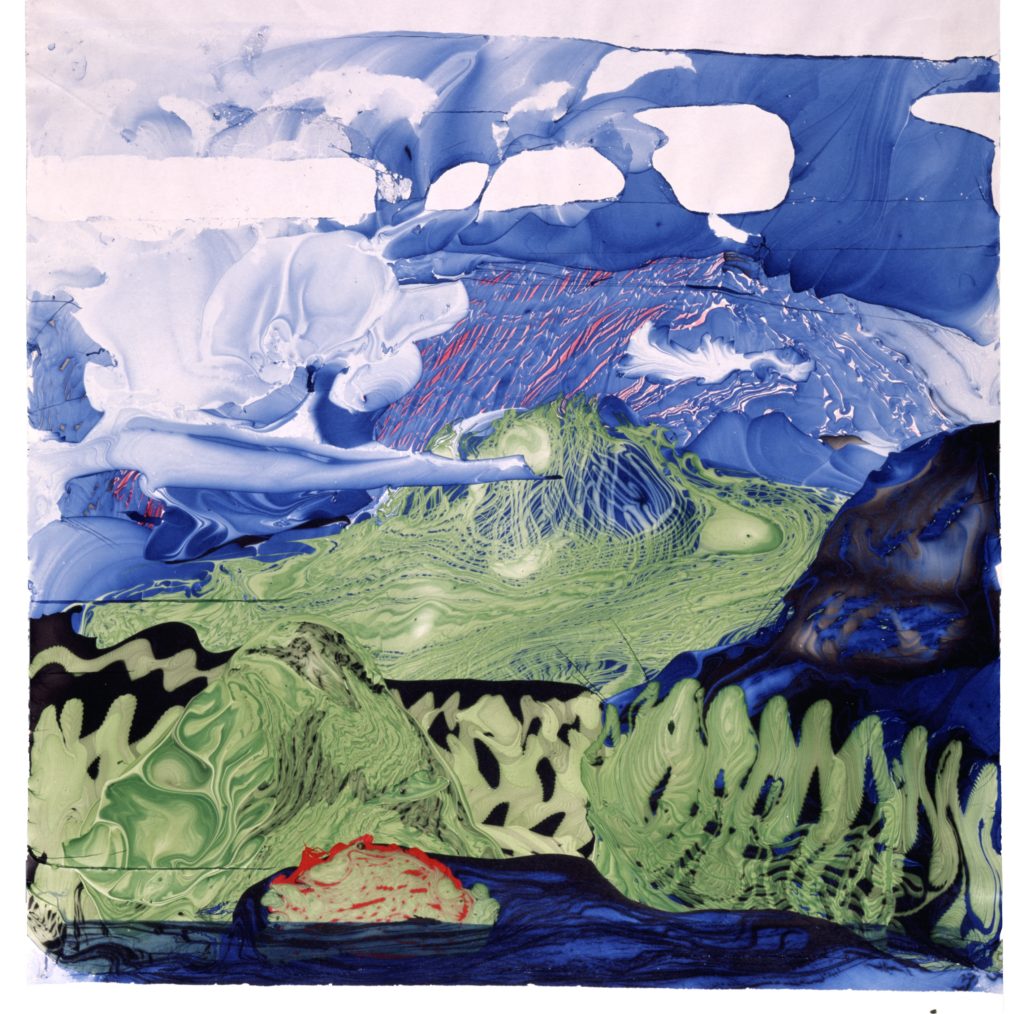