Michael Günzburger (*1974) lives in Zurich and pursues an extensive exhibition, publication, presentation and studio practice. The production process with its diverse materials and research formats represents the backbone of his work.

His multi-faceted works are exhibited in galleries, museums, art spaces and public places in Switzerland as well as abroad. Günzburger has received several awards, including the Recognition Prize of the Foundation for Graphic Arts in Switzerland, the Monograph Prize of the Canton of Bern, and a long-term scholarship from the Arvoré Foundation.

At the Zurich University of the Arts, he is working, together with Prof. Florian Dombois and Julia Weber, on the research project «Formats of Sharing», laying the foundations for the Doctor of Arts group. In this context, he is also writing his doctoral thesis on “Chimeras“. In collaboration with Prof. Christoph Schenker and Mara Züst, he is the co-author and co-leader of the SNSF-funded research project «Hands-on Documentation of Artistic-Technical Processes in Print»

Since 2012, the artist has published several monographs besides exhibition catalogs: among them Plots (2012), with recipes by Raphael Urweider, and Contact (2018), in collaboration with Lukas Bärfuss, both published by Edition Patrick Frey.

In 2022 he will contribute to exhibitions at the grafische Sammlung ETH Zürich, Gluri Sutter Huus Wettingen and Kunsthaus Zürich. 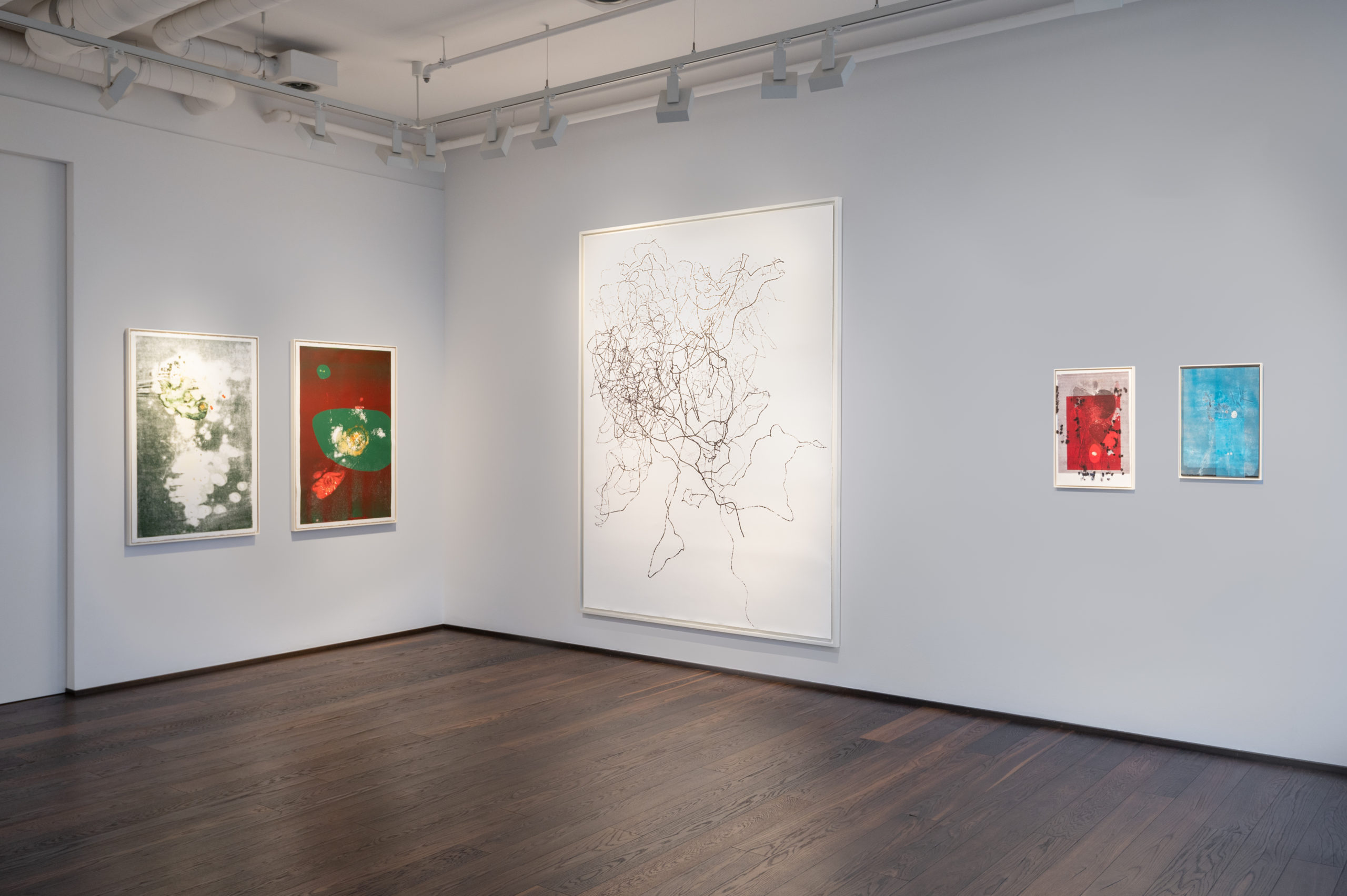 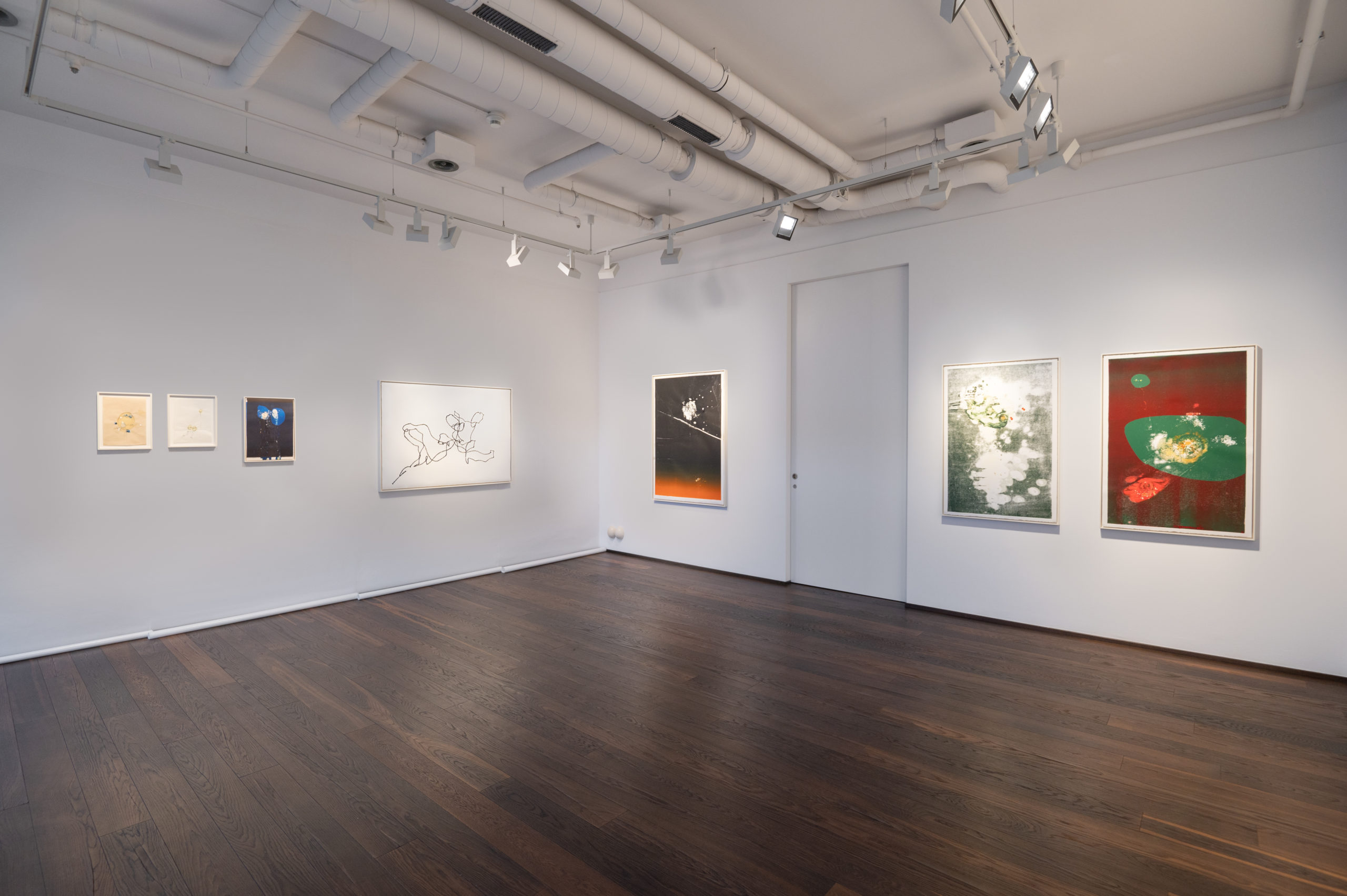 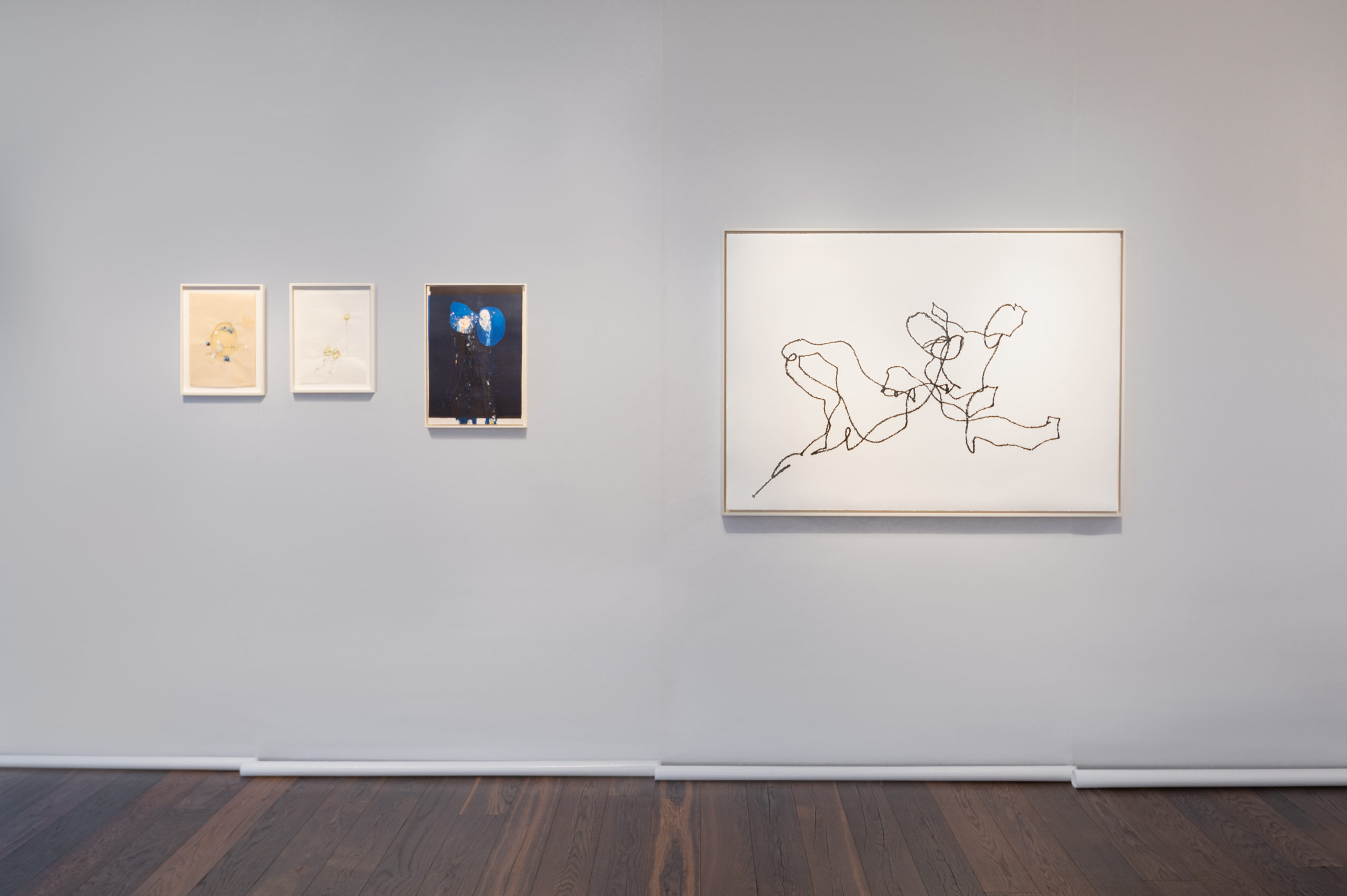 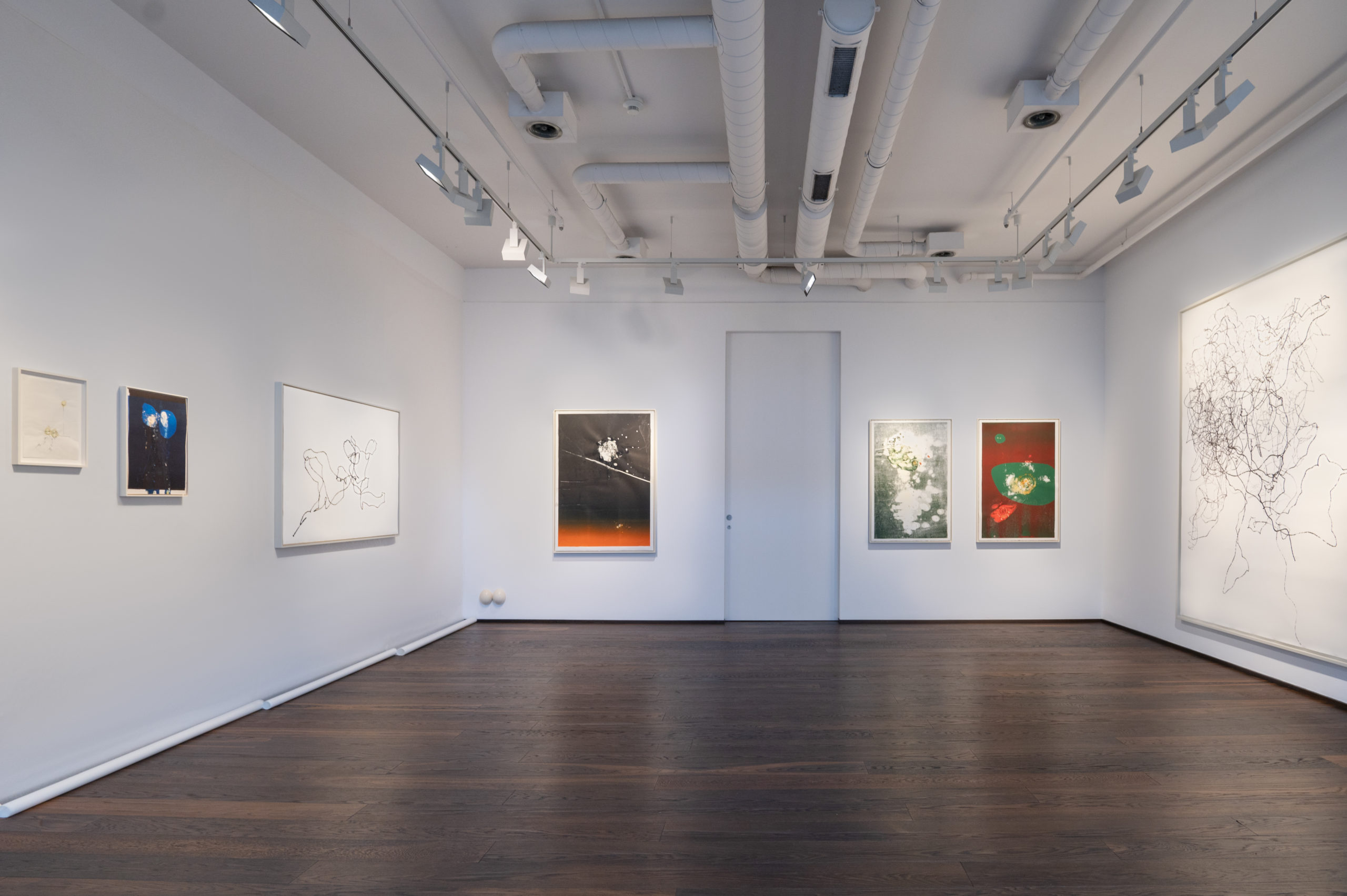 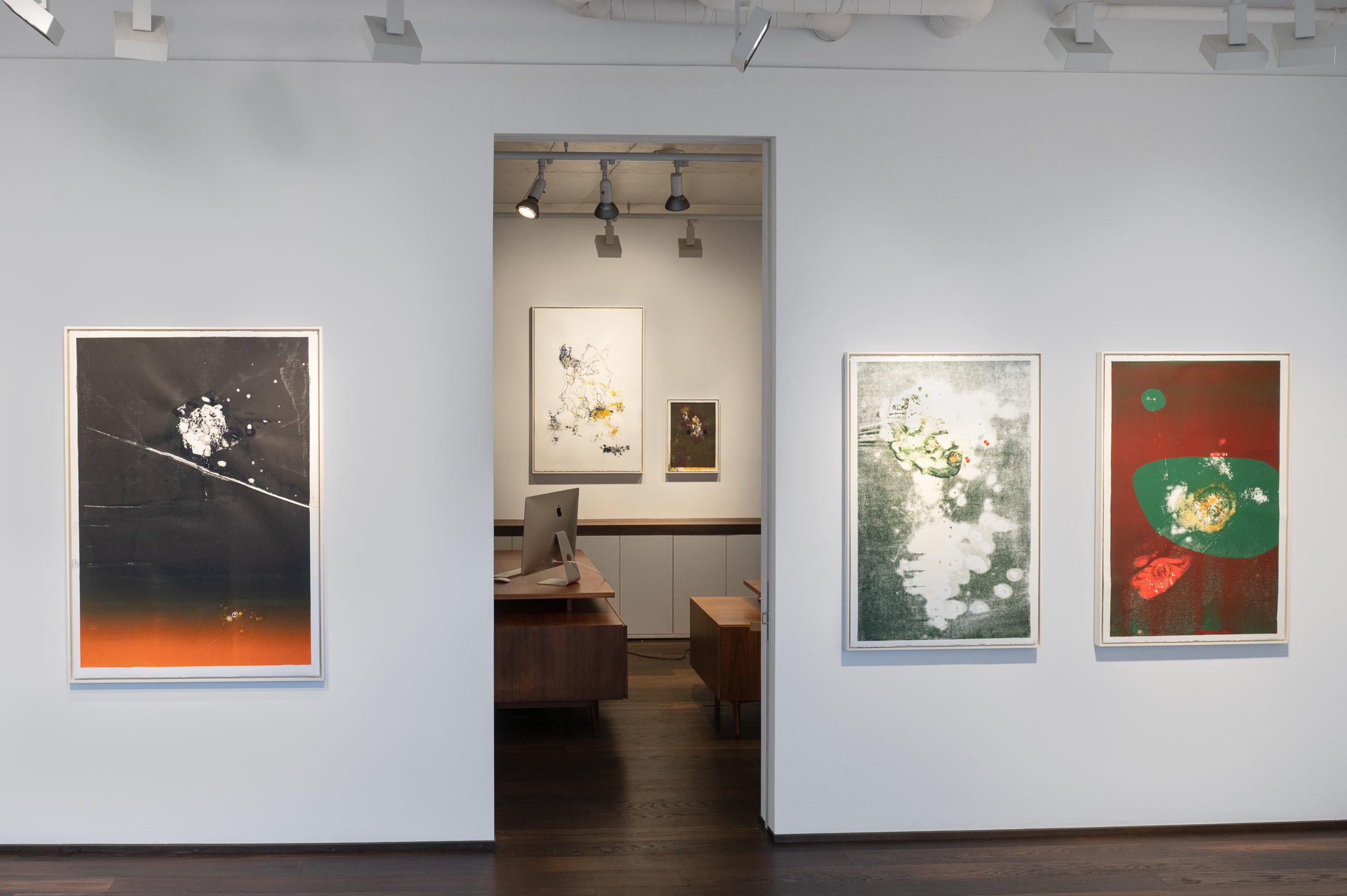 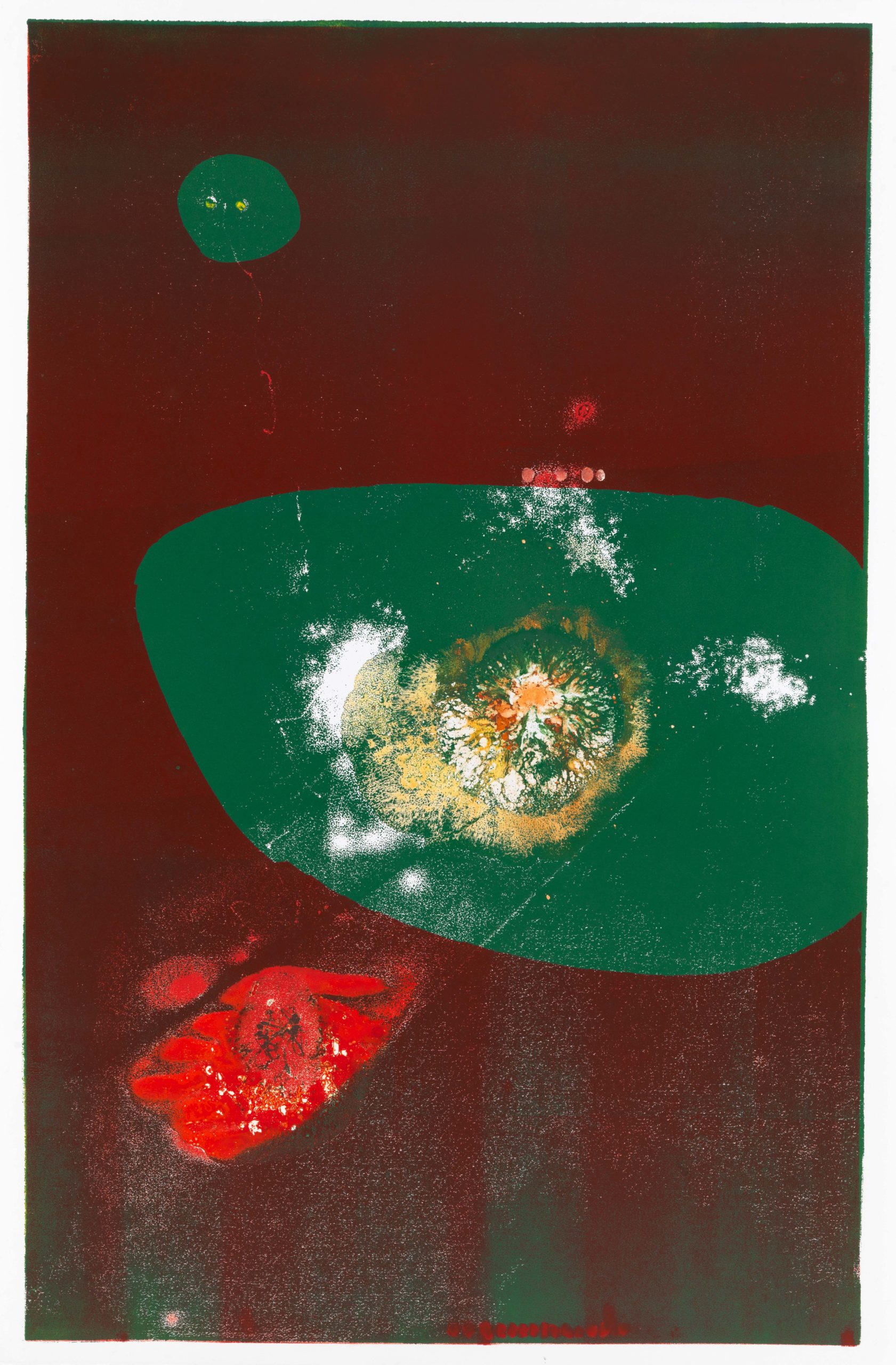 Michael Günzburger
Dig Through the Leftovers Until It Vanishes 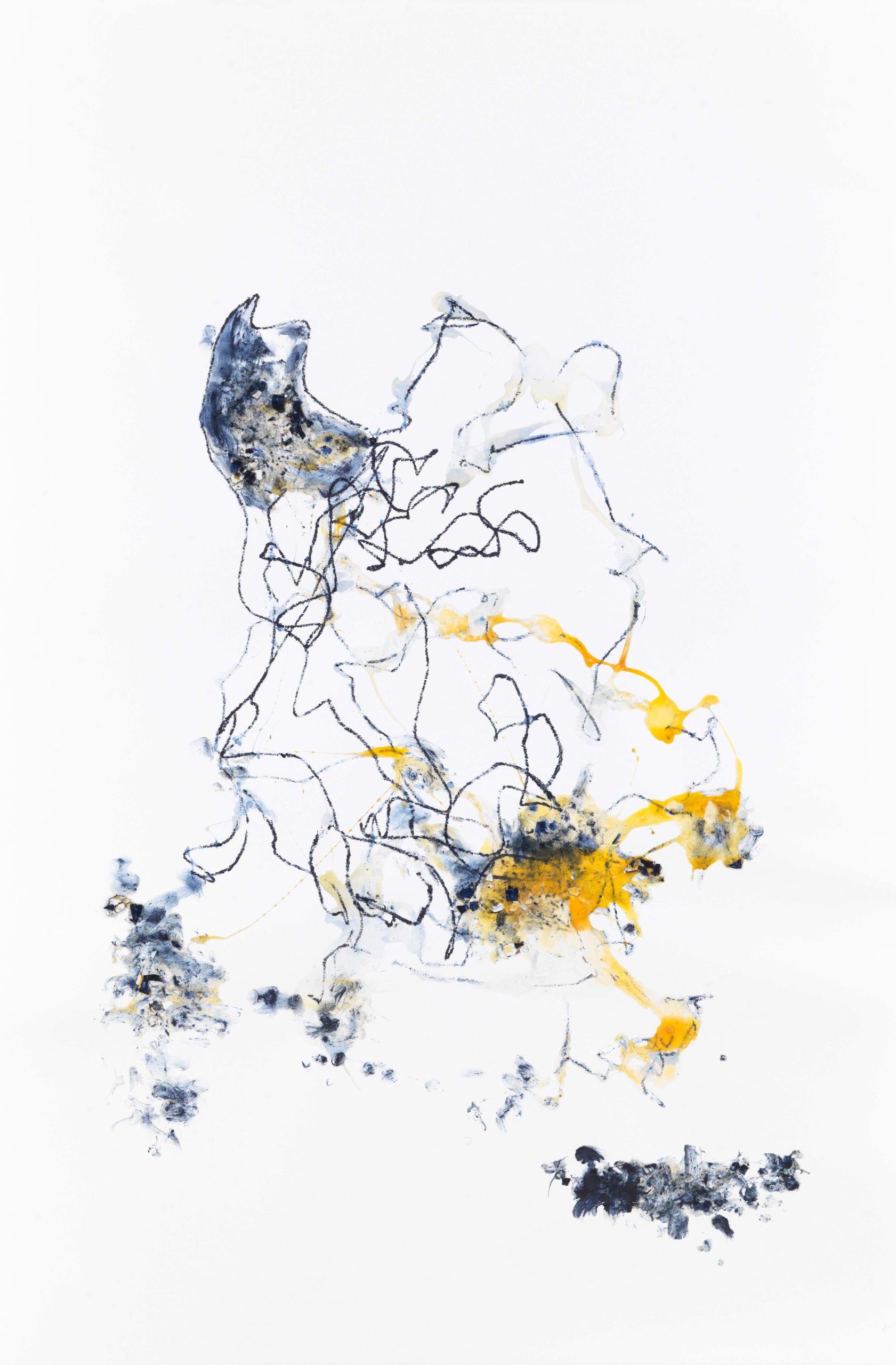 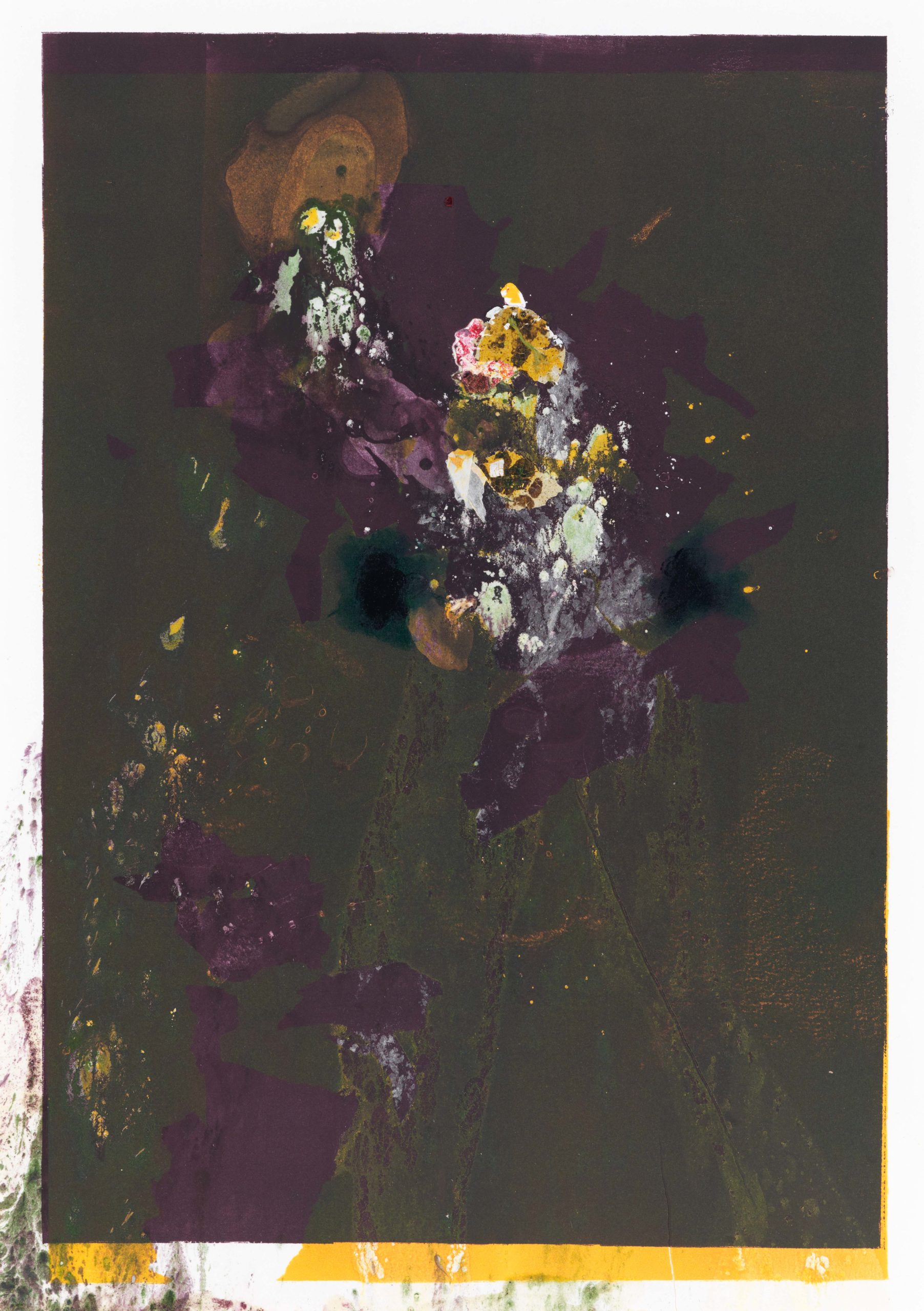 Michael Günzburger
Add Black Glue to One Side of the Desired 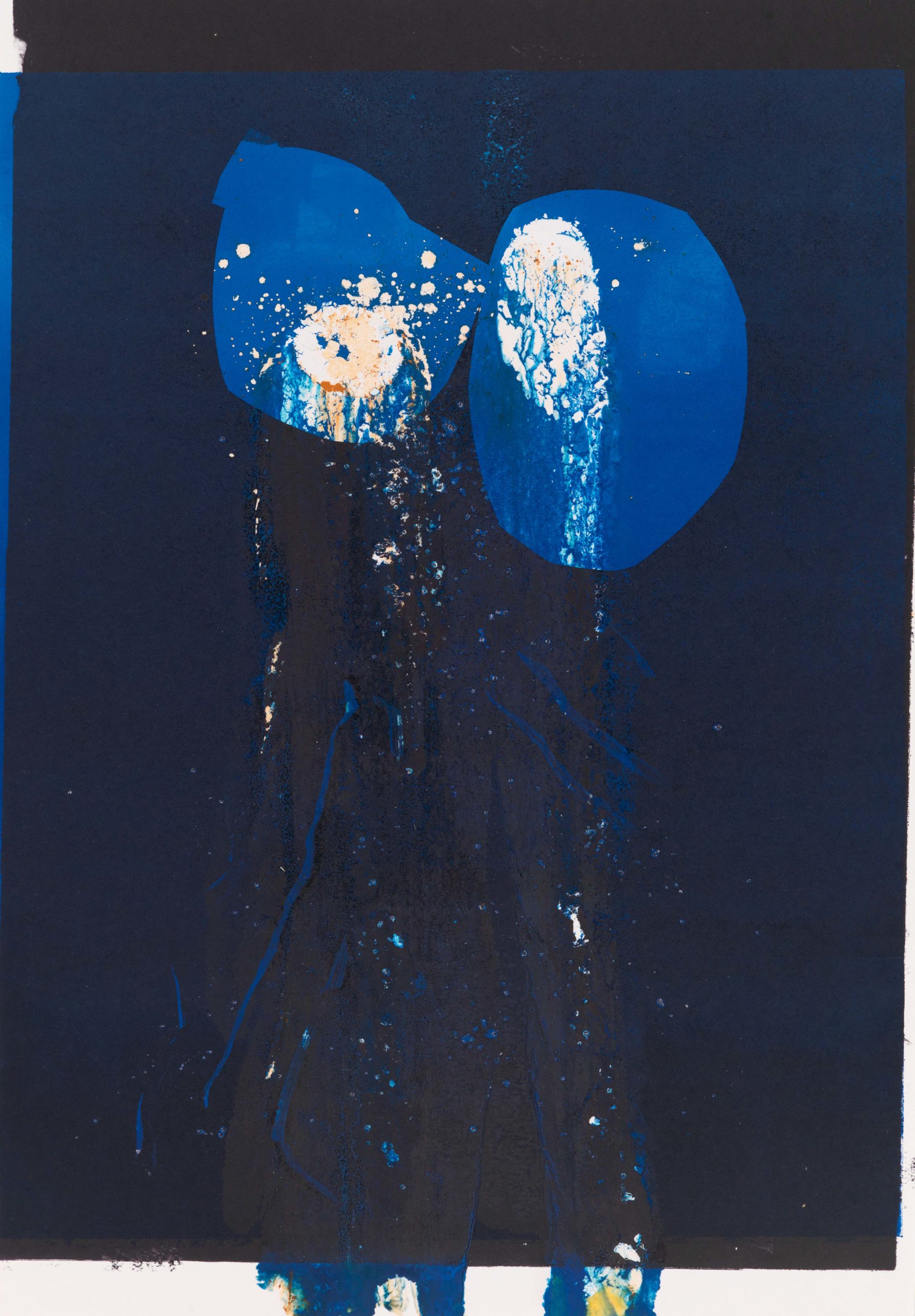 Michael Günzburger
Brake It Twice to Make It Heavy and Round 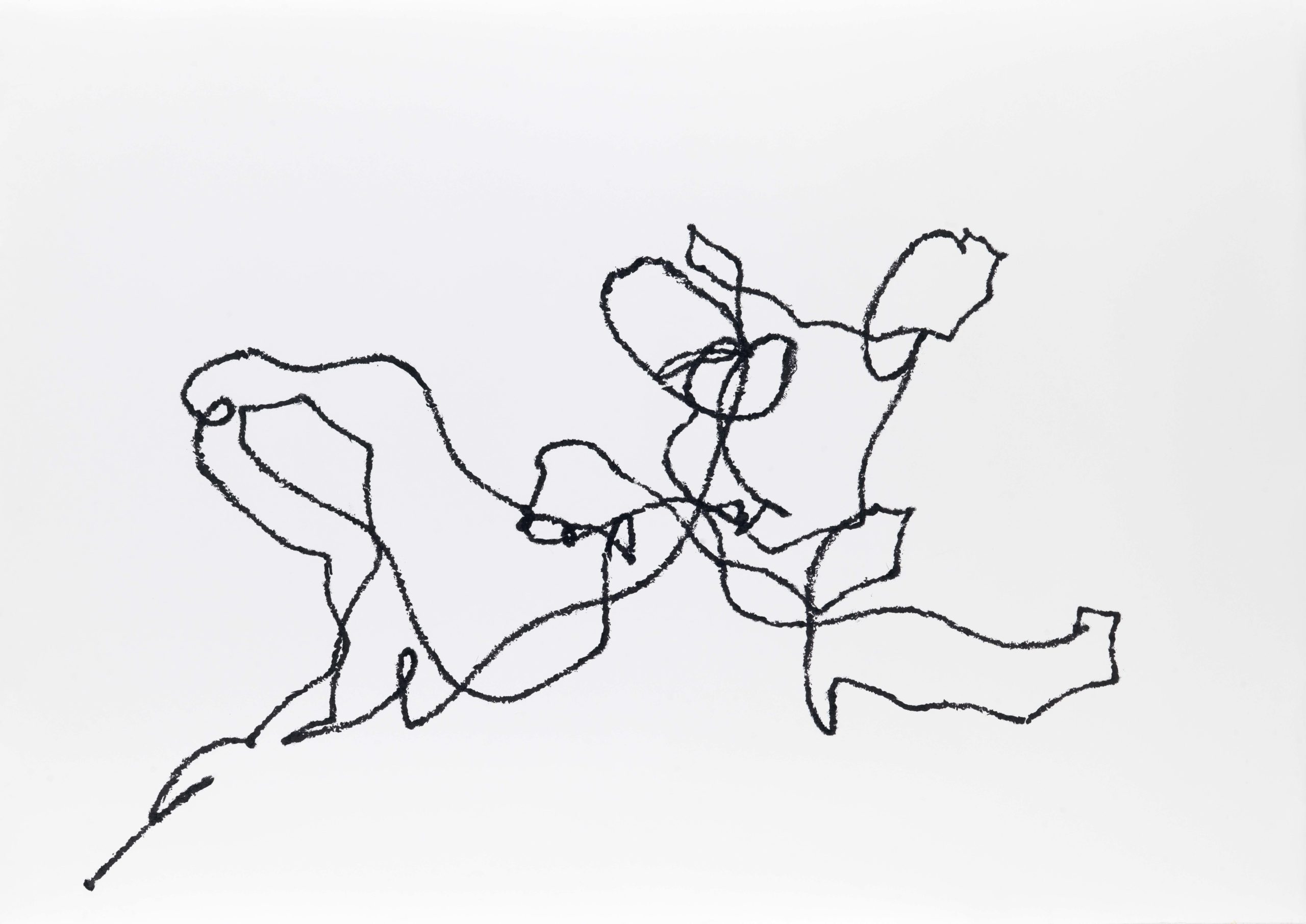 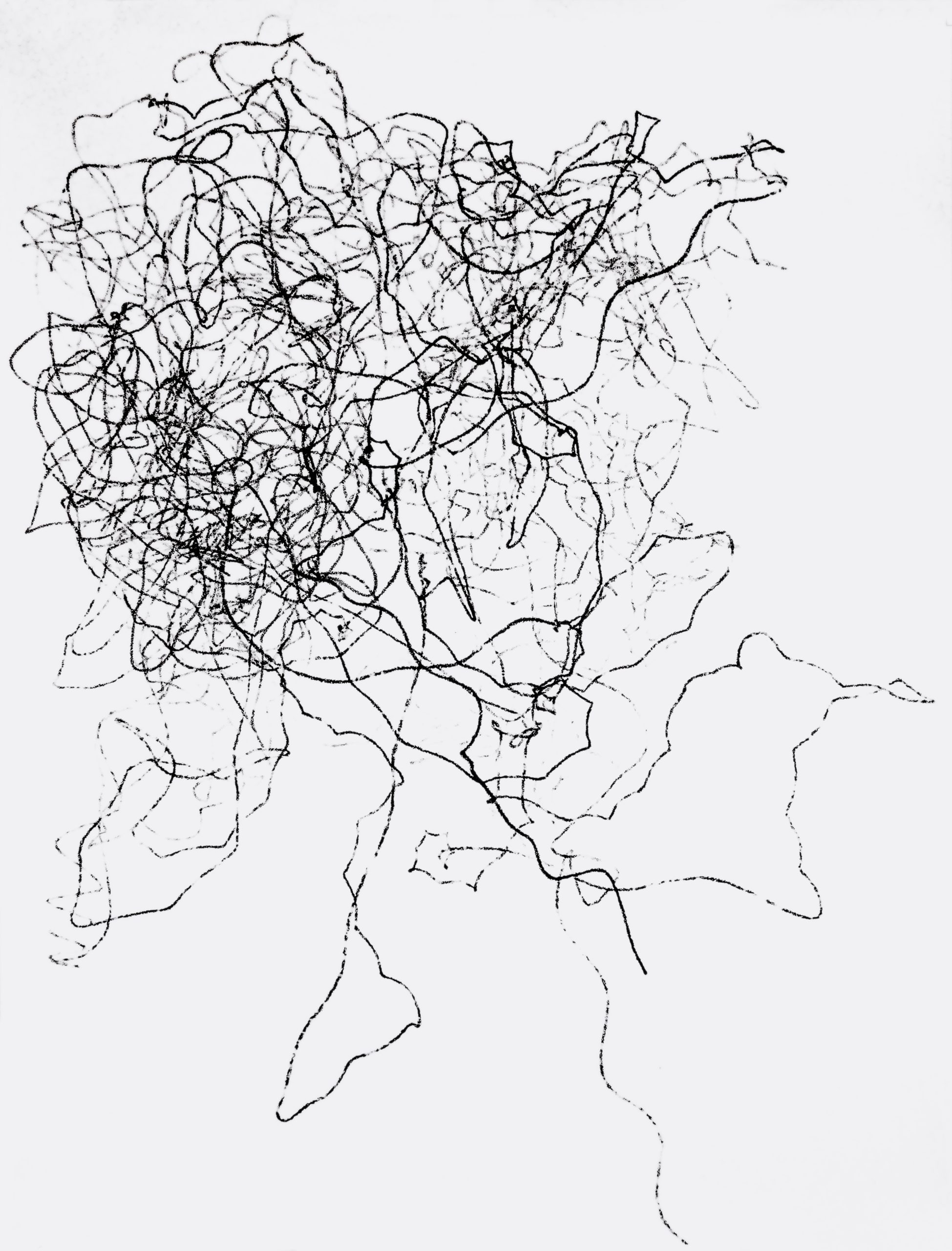 Michael Günzburger
Turn the Sphere Into an Oval With Ambitions

This video provides you with a tour of the exhibition on the occasion of the opening reception on January 13, 2022: 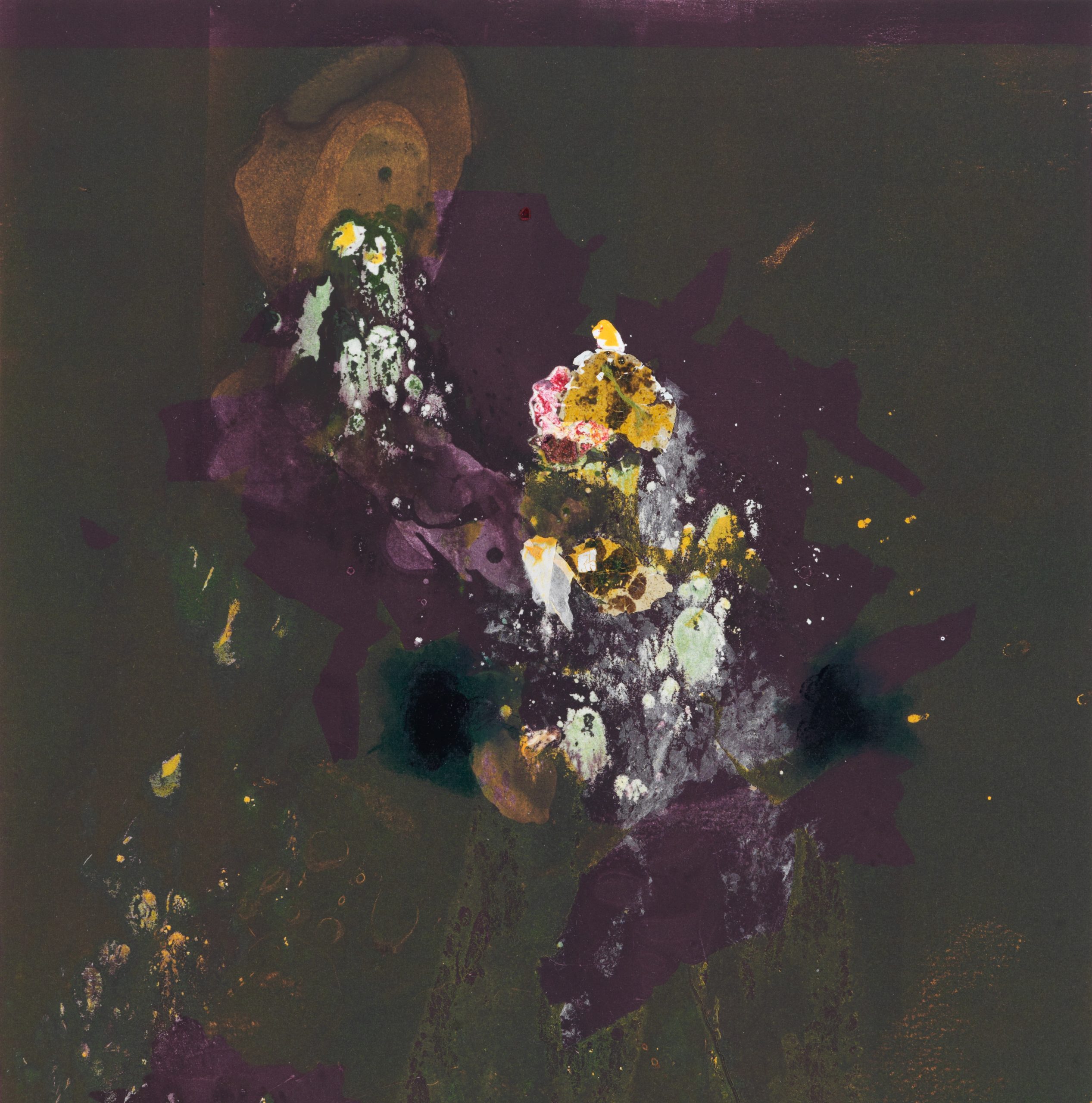 Pursuing his reflections on representing traces of the living, Günzburger has recently turned his attention to the egg. That which symbolizes the potential to contain a future life and simultaneously embody an absent animal. The artist has developed his subject in three series of works that are distinct yet concurrently produced.

The first of the three is a group of drawings that are observational, so to speak, in keeping with a long standing practice of the artist. They depict eggs that are delicately drawn in ink with additions in acrylic, shellac, and egg tempera. Here the artist is looking to shed light on his work through drawing while coming to grips with his new motif and its visual, formal and material qualities. The support of one of these drawings (Embody the Tool to Make It Work Well, p. 13) consists of a double sheet of paper that makes it possible to create a play with transparencies. Points found in the paper — as well as in the drawing (A Clear Move Will Stop the Events, p. 6) — are connected to produce lines according to a principle the artist applied earlier to moles and birthmarks on a body (Glückliche Fügung, 2008), exposing latent patterns. A series of variations on shades of white and runs in the pigments — as if the albumen had spilled and spread — reveals the perceptible range of this new theme with great subtlety.

A second series of works (It Becomes Clear Once It’s Loved, Read It Twice and Utter a Loud Oh, Read It Twice with Tears in Your Eyes,  Thoroughly Embrace the Signs) comprises drawings done using eggs whose ovals are of different calibre (quail, chicken, ostrich), exploring the traces left by this organic body like a form of writing, in the neighborhood of Matthew Barney’s Drawing Restraint series (begun in 1987), in which Barney preserves the marks left by actions done under some physical constraint. In a way that is far less demanding and laborintensive, Günzburger rolls the egg shell covered in color pigment over a sheet of paper, creating an irregular pattern because of the egg’s asymmetric shape and liquid content, both of which make it wobble. The artist regularly sets the egg rolling again so that it continues along its natural path, and he does so until the composition seems finished to him. As he has ventured further with his experiments, he has learned to intervene into the egg’s movements and has been able to exercise a certain control over its motion and therefore over the resulting drawing. Occasionally he makes additions by hand to the lines he obtains and creates inked areas by scratching the paper as if he were looking to reduce the clarity of the line and introduce a kind of manual snag into a partly mechanical technique. The occasional use of the very substance of the egg (It Becomes Clear Once It’s Loved) broadens the material resources available to the artist.

Günzburger takes yet another approach to the egg which this time is neither a motif nor an instrument, but rather an art material. In a series of monotypes—a technique associated with printmaking in which the act of discharging a pigment-bearing plate contributes decisively to creating the image—he lets himself be surprised by the effects and plays of color produced when the egg is placed on a matrix and passes beneath a lithographic printing press. The fat of the egg serves to guide the color pigment in the ink, which likewise contains a fatty substance. Here again he has worked with the Zurich based printer Thomi Wolfensberger. An intense period of study of this organic material and its physical and chemical reactions preceded the making of the first prints, as when he devised a drink for printing (Chimaira, 2021). From one attempt to the next, Günzburger precisely analyzed the impact of each change (for example, the addition of salt, which would produce a network of fine reserve points, or sunflower oil, which would activate the color) on the result and learned to embrace it. Günzburger eventually realized that the variations of how egg behaves are limited, but that hasn’t stopped him from exploring the ghostly possibilities, including layering of several succeeding coats of pigment (Add Black Glue to One Side of the Desired, and Dig Through the Leftovers Until It Vanishes), series of print runs from the same matrix (Replicate the Coincidences Three Times), marks made with the inking roller (Candidly Remain Silent and Watch), lines achieved using an egg that draws off pigment from the matrix and reveals this on the paper (A Late Turn Will Help It Break Through), involving objects borrowed from bird iconography such as feathers (You Do Understand While It Sings), crumpled paper whose creases will leave a mark (An Unwritten Line Indicates Another Rising Fold), and final additions and changes done by hand such as scratching (Decipher Every Trace of Salt You’ve Found).

“Pursuing his reflections on representing traces of the living, Günzburger has recently turned his attention to the egg. That which symbolizes the potential to contain a future life and simultaneously embody an absent animal. The artist has developed his subject in three series of works that are distinct yet concurrently produced.” 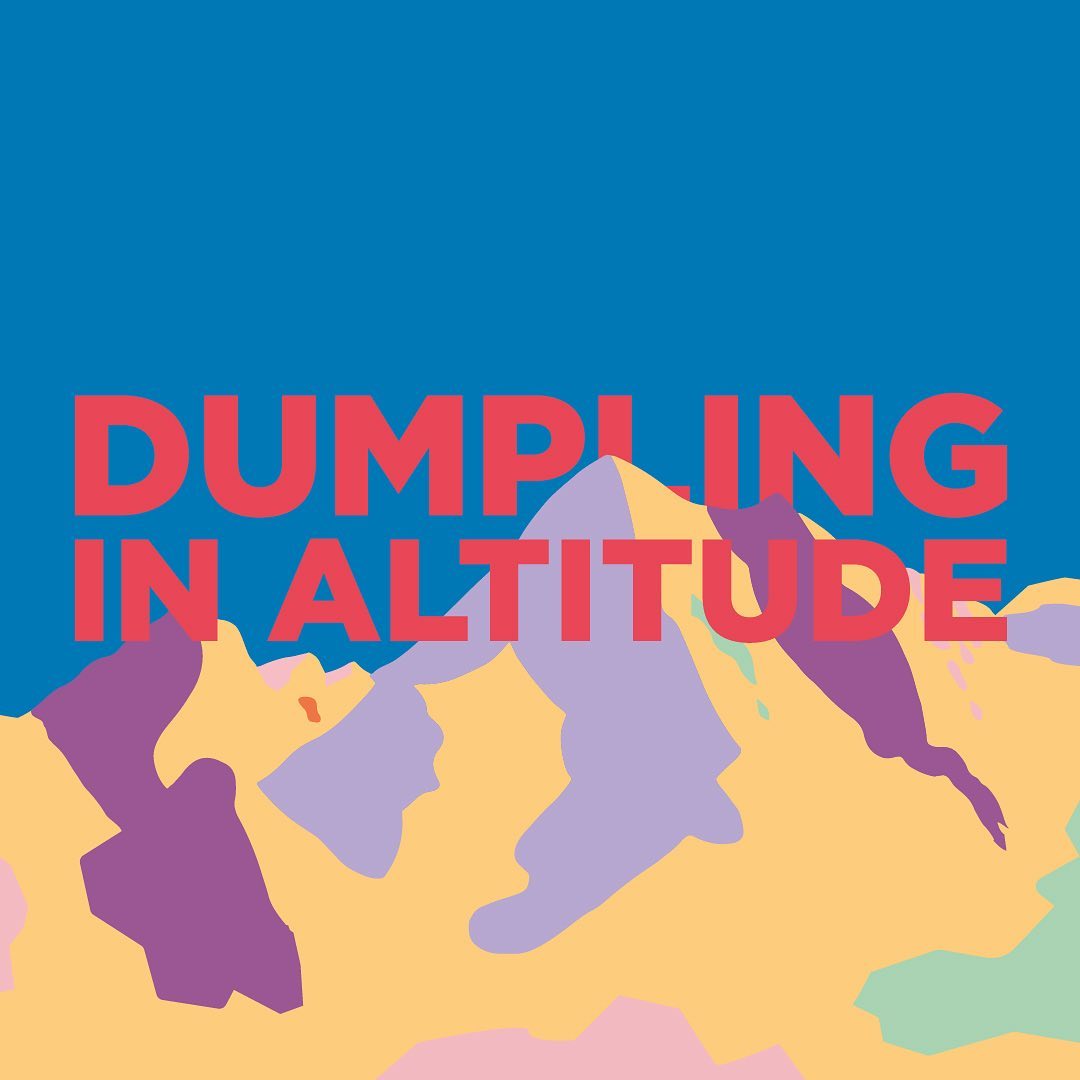 In collaboration with DUMPLING IN ALTITUDE, we are pleased to present selected works by Swiss artist Michael Günzburger. His new egg series will be on view at Dumpling in Altitude throughout the season and promises equally seductive visual flavors. The exhibition continues at Galerie Haas in Zurich under the title Now Let It Unfold, allowing an in-depth exploration of the Zurich-based artist’s work.