Martha Jungwirth, born in 1940 in Vienna, is considered one of the “rediscovered” artists who gain the attention they deserve only very early and then very late. Already in 1961, before she had finished her studies at the Academy of Applied Art in Vienna (1956–1963) she was honored with the Monsignore- Otto-Mauer prize in Vienna. Several more prizes and the first exhibitions followed. And as a member of the artist group “Wirklichkeiten” Jungwirth was the only woman alongside five male colleagues to write art history. Jungwirth exhibited at the documenta 6 in Kassel and found her own gestural and painterly style, combining power and concentration with ex­uberance and emotion. Her work moves between abstraction and representation.

Since her marriage (1969) with the art historian and mu­seum director Alfred Schmeller (1920–1990), her private hap­piness was a professional handicap. She continued to exhibit, but the art world remained rather hesitant due to her private relationship. Only in recent years after the death of her husband was she rediscovered by her fellow artists and expert curators and has emphatically reappeared “on the scene”.

Over five decades Jungwirth has created an extraordinary oeuvre moving on the edge of convention. While her media of oil and water-color might seem traditional, the artist finds in the packing paper and cardboard underlying her paintings a gripping materiality that allows for liberties, as befits her temperament. And her water-colors do not just apply paint but wash it out. Martha Jungwirth has always worked and lived with paint in a sensual manner that she herself has expressed entirely in accord with her Vienna disposition:

“… a daub is a daub an intelligent or a stupid one, nothing more.” 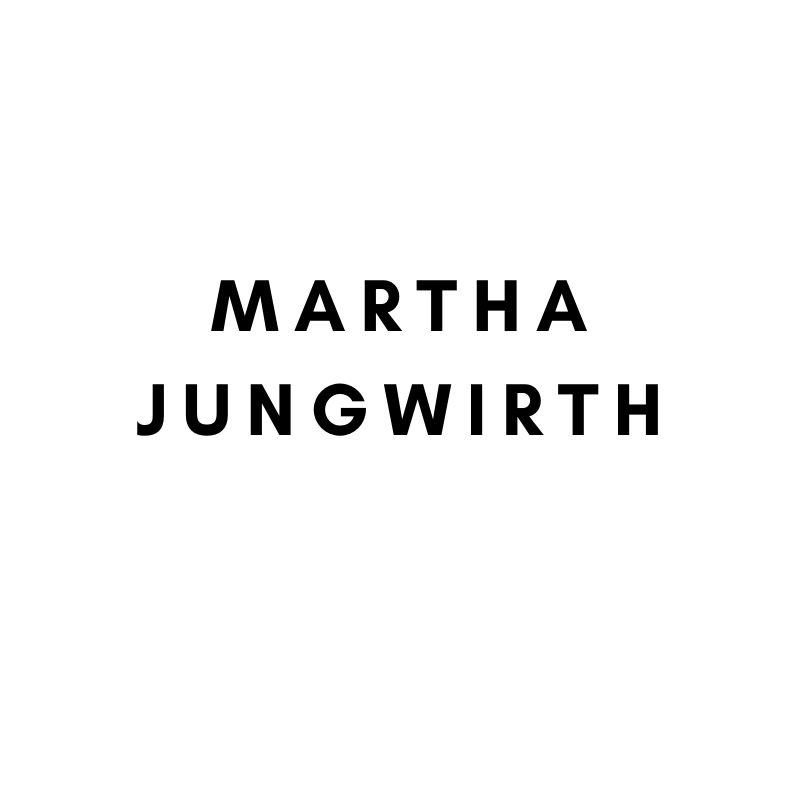