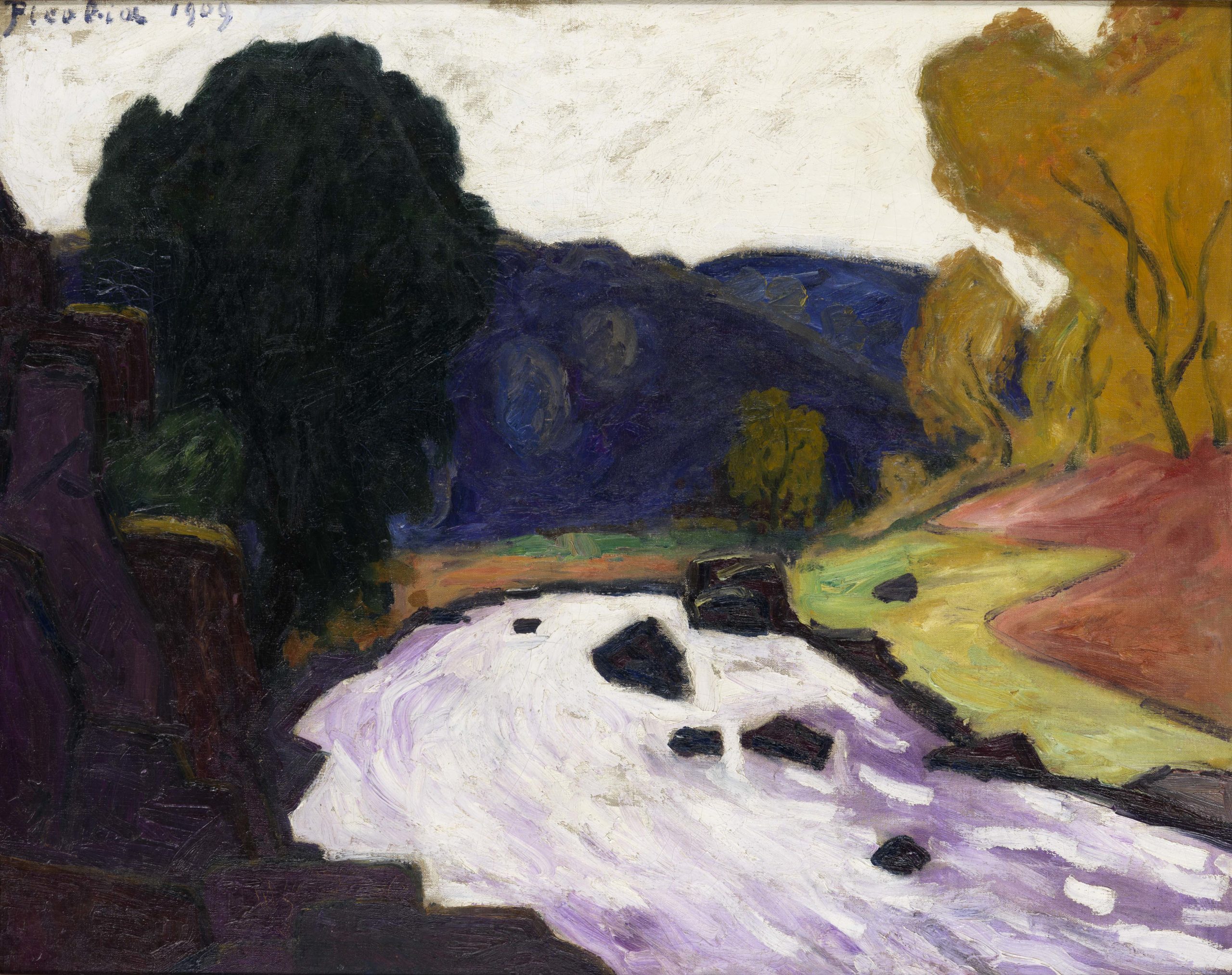 Beginning with the 19th century and a “Woge” by the realist Gustav Courbet (1972), the spectrum ranges from an early small landscape by Ferdinand Hodler (1890) and a late depiction of the Seine by Félix Vallotton (1917) to an expressive painting by Erich Heckel (1907) or late impressions by Pierre Bonnard. With pictures by contemporaries such as Uwe Henneken, Leiko Ikemura, Heribert C. Ottersbach, Nicole Bianchet, Alex Katz or Felix Rehfeld, the exhibition ends in the 21st century.

Franz Gertsch, the “classic” among Swiss contemporaries, occupies a special position. His woodcuts are landscape and landscape detail, are microcosm and macrocosm.